Brian's Number of Marathons By Year 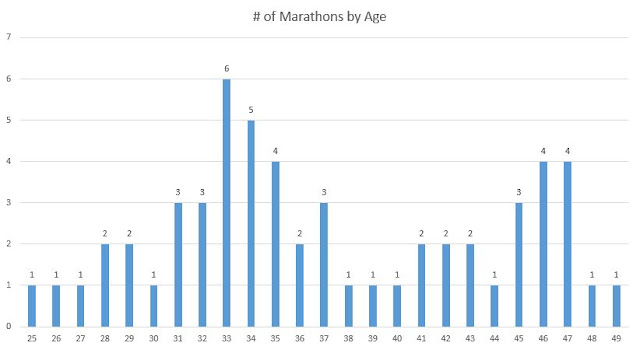 In 1993 I ran the Columbus Marathon which was my first marathon.

In 1994 I competed in my first Ironman Distance Triathlon.
Great Floridan Triathlon


In 1997 in the land down under I competed in my 2nd Ironman Triathlon.
Ironman Australia
In 1998 I ran two marathons including my marathon fastest with a time of 3:14:08
Pittsburgh Marathon
Chicago Marathon 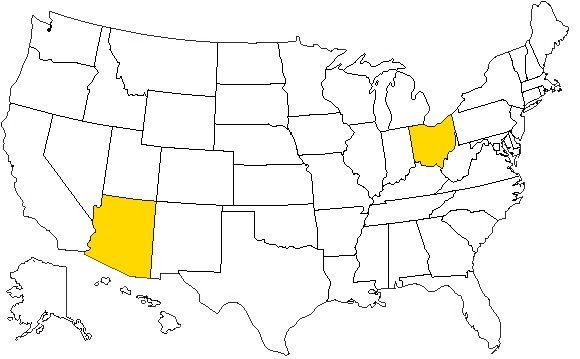 In 1999 I competed in triathlon that had a 26.2 mile run leg in my home state of Ohio,
then traveled to Arizona for a marathon.
Pineman Triathlon
Tucson Marathon
In 2000 I ran a inaugural marathon in Tennessee,
in the summer competed in my 3rd Ironman distance triathlon,
then rounded off the year with one last marathon in DC.
Country Music Marathon
Ironman USA ~ Lake Placid
Marine Corps Marathon
I ran four marathons in 2001.
Mardi Gras Marathon

Running Fit Trail Marathon
Ridge Runner Marathon
Humboldt Marathon
In 2003 between the age of 34-35 I ran my record number of 6 marathons in a single year
including running back to back marathons Saturday in Delaware and Sunday in New Jersey.
Las Vegas Marathon

Grandma's Marathon
ORRC Autumn Leaves Run (50k Ultra)
Seattle Marathon
2006 was a monumental year because I had the opportunity to run Boston in the spring,
then later that summer my 4th Ironman Triathlon.
Boston Marathon

Ironman Coeur d'Alene
2007 I relocated from Seattle to Los Angeles and was unable to run any marathon.

2008 I started off the year in January with my first marathon in 1.5 years,
followed by another monumental summer with the opportunity to compete in the
30th anniversary of the Ironman World Championship Triathlon in Kailua Kona, Hawaii.
Mississippi Blues Marathon

Ironman World Championship Triathlon
In 2009 I ran a marathon in the beautiful St. George, Utah.
St. George Marathon
In snuck my Texas marathon in 2010 in the month of December
Dallas White Rock Marathon
In 2011 I started working on as the call them in California.
"the fly-over states"
Spirit of St. Louis Marathon

Duke City Marathon
In 2014 I ran a three more marathons,
including my 2nd time running back to back Marathons
this time Saturday in Connecticut and Sunday in Rhode Island.
Fargo Marathon

In 2015 between the age of 46-47 I had one of my toughest years.
I ran my 5 marathons in a single year including in Wyoming my 2nd 50k Ultra marathon,
South Carolina was my 50th total marathon.
Also I ran back to back marathons Saturday in New Hampshire and Sunday in Maine.
Myrtle Beach Marathon