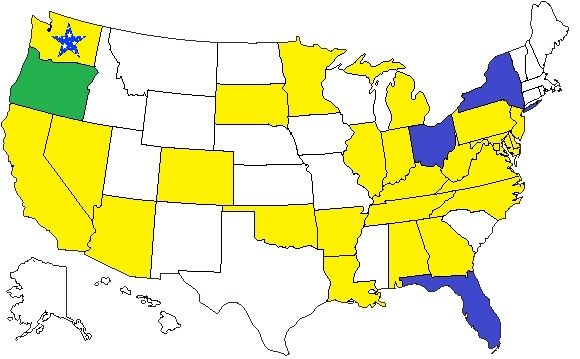 This was my first marathon I had planned since our move to the Pacific Northwest.  As Homeyra said, this is the first marathon I've run in the city where we lived since she met me five over five years ago.  The race falls on Thanksgiving weekend which was anything but typical for us.  First it was nice to have my mom & dad in for 3 weeks.  We decided to spend an nontraditional holiday, at least for us growing up in the mid-west, skiing.  We planned on skiing at Crystal Mountain close to Rainier on Thursday with the marathon only a few days later on Sunday. 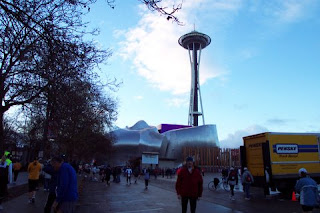 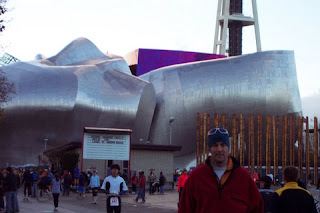 Sunday came quickly and the biggest challenge for the marathon was figuring out what to wear.  At the expo Friday and Saturday it rained practically all day.  I had run an ultra a few weeks earlier in Oregon in the rain and hoped not to have to do that again.   Fortunately Sunday came with clear skies.  The marathon starts in the Seattle Center area which is within a 1/2 mile from my office, which made for a convenient place for parking. 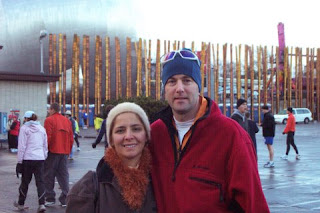 Homeyra came for the start of the race and we got a couple photos around the space needle and the EMP.  The race began down the street which has the current monorail tracks above.  It was big news in Seattle Saturday night right in front of the Westin where the expo was that two trains had crashed.  Apparently the tracks were designed so that two trains couldn't be in this one section and that the drivers were supposed to yield to the other train.  Ends up driver error which didn't yield caused a collision and the people in the trains had to be rescued. 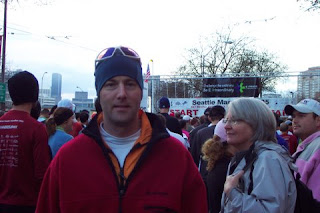 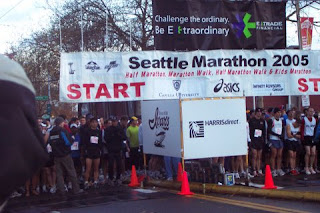 Back to the race.  We continued up 5th Ave. all the way through downtown Seattle which is decorated and lit up for the holidays.  This was a gradual uphill, but the sites and excitement of the beginning of the race made the hill insignificant.  The end of 5th Ave. leads to an on ramp towards the I-90 which goes across Lake Washington.  It was clear and a beautiful site in all directions.  Their are three bridges over I-90, one in each direction and the middle bridge an express lane that changes direction depending on time of the day.  The express lanes were exclusive just for the marathon.  There was a turn around on Mercer Island after going through one of the underground tunnels. 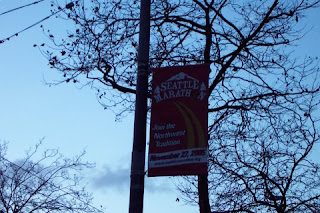 Heading back to Seattle, the view of the city is blocked by Capital Hill.  After exiting the bridge the course turns south and along the coast of Lake Washington, makes a loop around Steward Park, and back along the Lake again north past I-90 and through some very nice suburbs.  So far the course has been mostly flat and knowing that would soon change, the course headed back up Capital Hill and another park.  The mountain hills of Seattle were both loved and hated.  Much of the course was shielded by the wind by the hills.  I dressed with layers and while shielded was warm and removed my shell while unprotected areas I was glad to have my outer protection available. 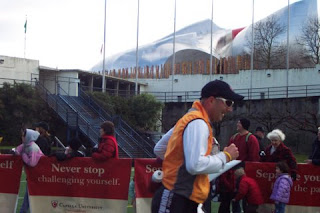 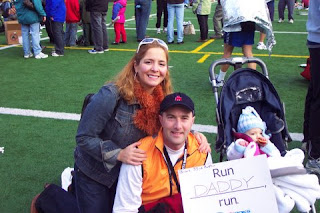 A top of one of the last big hills, finally I could see the Seattle Center area and the Space Needle where I knew the finish line was.  Since the Space Needle can be seen from nearly everywhere in the city, it was hard to judge how far to the finish line.  By this time the runners were very spread out and you go through a little industrial area of the city which is not full of spectators.  Eventually I made it to Dexter Ave. and made the turn onto Mercer where I had parked my car, so I knew the finish line was in my grasps. 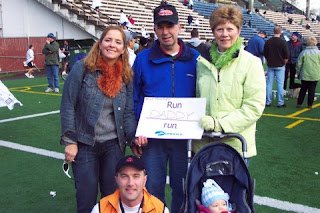 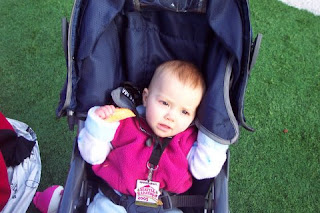 I was greeted to a warm welcome inside the stadium and the family mom, dad, Homeyra, Parisa and our roommate Christy.  It was a chili finish and my crew had a warm set of dry clothes I quickly changed into.  I was disappointed at first that there was no food at the finish line until I went into the building beyond the exit where there was a great layout of food and drinks. 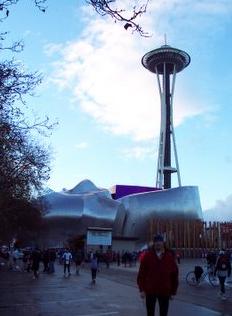 There were great sales at the finish of previous years tech long sleeve jerseys for $2 and cotton shirts and pullovers for only $1.  We loaded up on food and headed home.  Another state I can add a check mark! 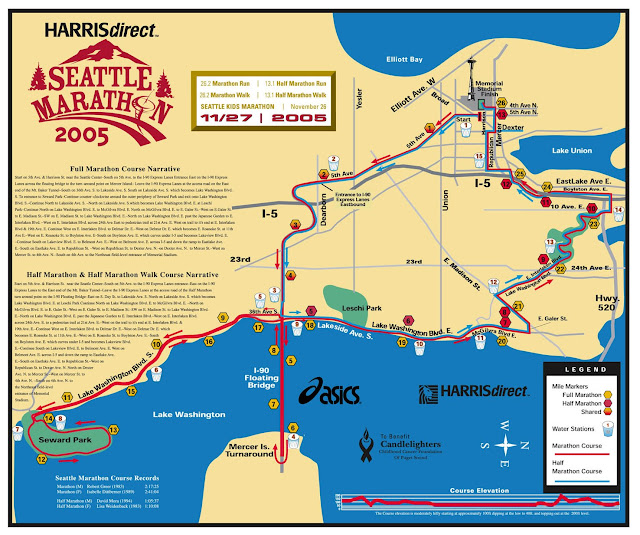 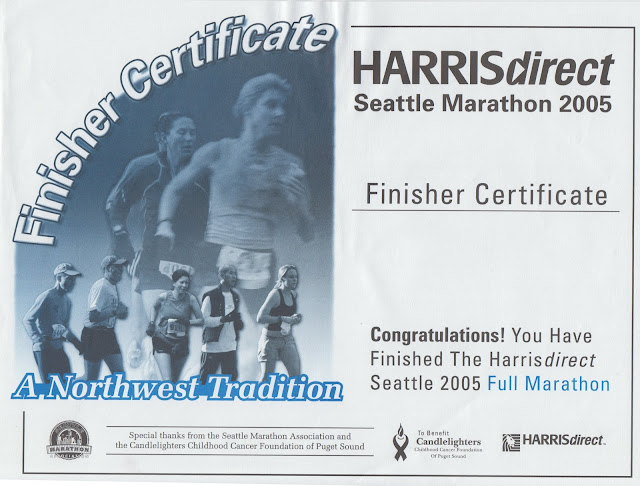 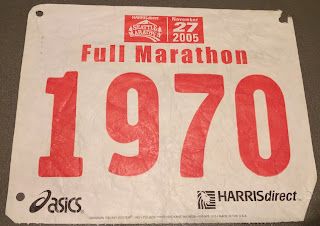 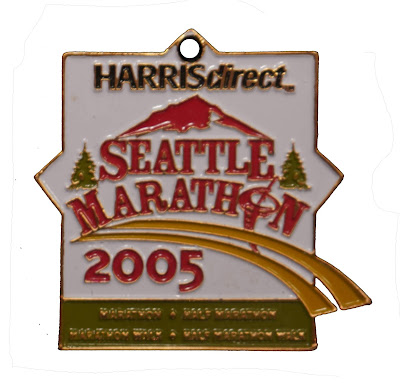