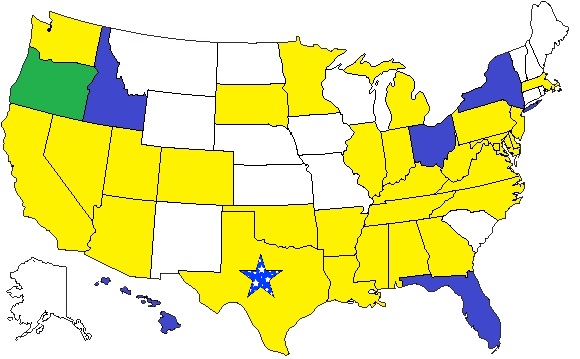 I had run at least one marathon a year from 1993 through 2006 or 14 years in a row.   2006 was a great year because I got to run the Boston Marathon, but it was followed by a year of change.   In 2007 I moved moved from Seattle, Washington to Los Angeles, California and was my excuse for missing a marathon in 2007.   It ends up I barely missed my marathon streak because I planned my first race of 2008 on January 5th tho that was 559 days since my previous marathon.

Why do I share all this well it's because I didn't want to miss another year in 2010 which almost was the case.   I ran St. George marathon in October 2009 and as of July 2010 hadn't had a marathon scheduled so finally committed to the Dallas White Rock marathon in Texas in December which again was a long time, 429 days, since my most recent marathon.

I actually couldn't find a recap I wrote about the White Rock Marathon at the time so I'm doing my best to piece together a story from the bits and pieces of information I could gather.  My daughter started school and was a kindergartner in 2010!  Certainly a new level of responsibility raising a child, working full time, and trying to get in shape for another marathon.  My friend Jason from Seattle had done Dallas White Rock in 2004 and recommended it as a great Texas mid-sized race as it's a great time of year in Texas and goes around a lake and through some nice subdivisions.

Never having been to Dallas I was looking forward to exploring the town.  I booked a hotel in downtown Dallas in an old building that was refurbished called Hotel Indigo.  It was boutique and had sort of a retro feel to it.  I lucked out and picked up a convertible Mustang with no extra surcharge, although cold, I was determined to keep the top down.   I woke up to a parade getting started near the expo so did my best to dodge traffic. 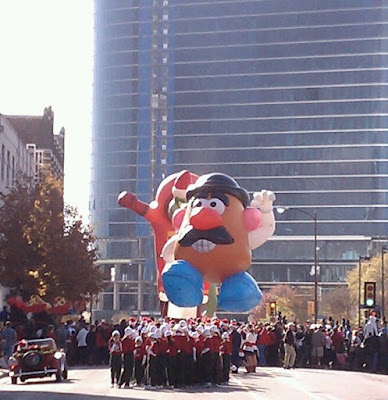 I had heard the hype of the new Dallas Stadium so I plugged in "Texas Stadium" into my old Garmin dash GPS and it took me to any empty field.  Ends up it took me to the address of the previous "Texas Stadium" and not the new "Dallas Stadium".   I asked for directions and finally found the it.    A big college rivalry game between Nebraska and Oklahoma was actually being played in the stadium on Saturday so the area was very lively.  I talked to a security guy at the entrance and got his permission to walk in and take a look at the place.  Whoa! 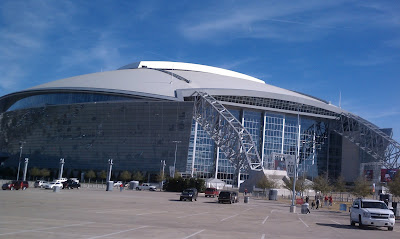 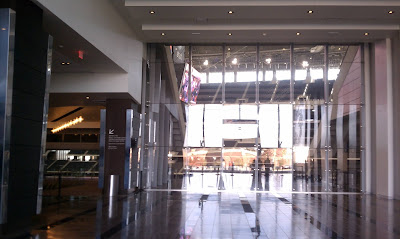 Next stop in Dallas was to check out Dealey Plaza which is an old warehouse which was the primary crime scene of the assassination of  John F. Kennedy which has been made into a museum.  I didn't remember a lot about it from my high school history so it was a very interesting place to visit. 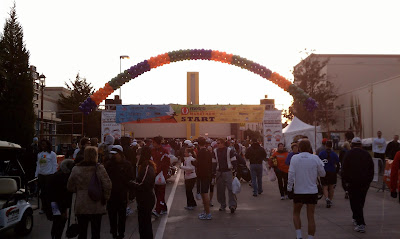 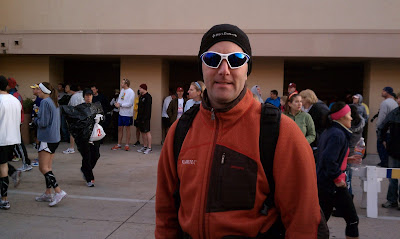 The race was Sunday but I flew in Friday and the weather was great, a high of 70, but then Saturday a cold front blew in and Saturday high was 50 but all the way down to 26 at night.   For this new S. California boy this was a little colder than I was used to but my Ohio roots had prepared me well for this!    Race day was not quite as cold as it only got down to 34 and then all the way back up to 66 race afternoon however there were 15 mph winds so with wind chill it felt a lot colder.  I would wear 3 layers until about mile 16 and then eventually would be able to shed my gloves and windbreaker. 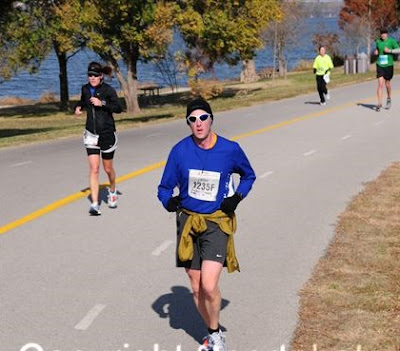 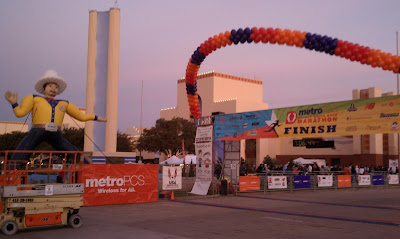 As this was my 40th marathon I should have known all the golden rules, however, I'm a bit of a gadget freak, so at the expo I found a table offering a new wired headphone that of course sounded good, had a great fit, but it's distinguishing feature is that it allowed outside sounds in which was good while running and perhaps especially good for bicycling.   I picked up the headphones and thought I would give them a try Sunday morning.   While it sounded like a good idea at the time I fumbled with those damn things falling out of my ears the entire race and amazing I still finished under my 4 hour mark. 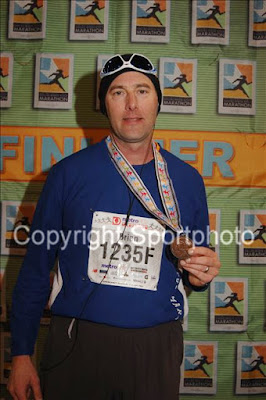 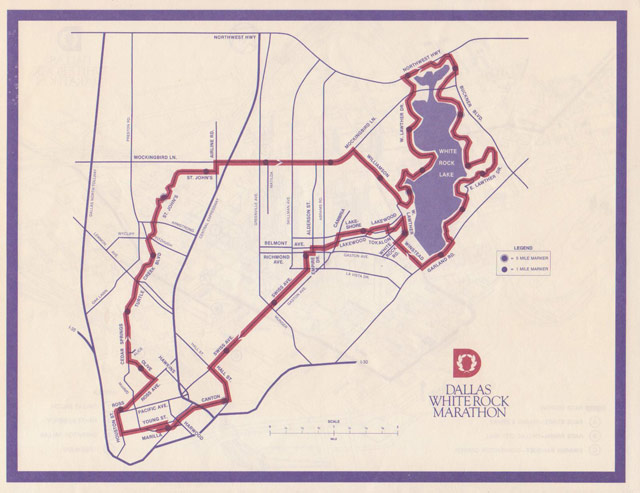 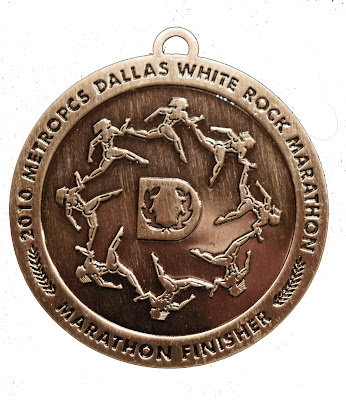 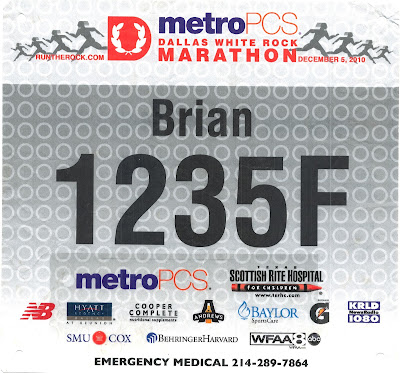 After the race I was craving something tasty and greasy and learned about a place called the Twisted Root Burger Co.   It did not disappoint! 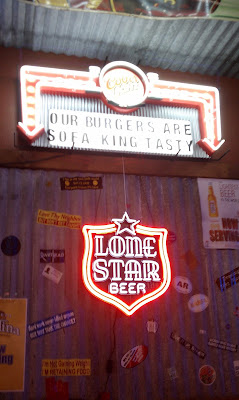