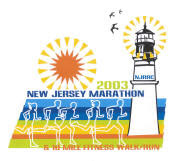 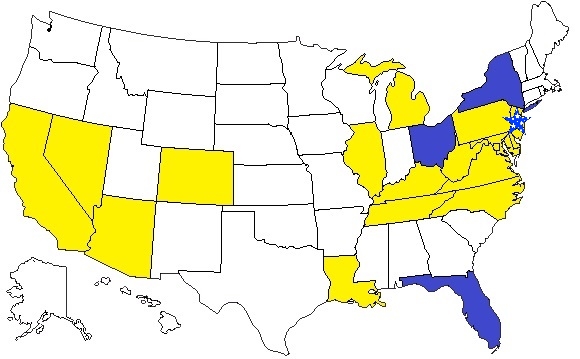 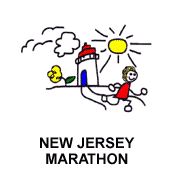 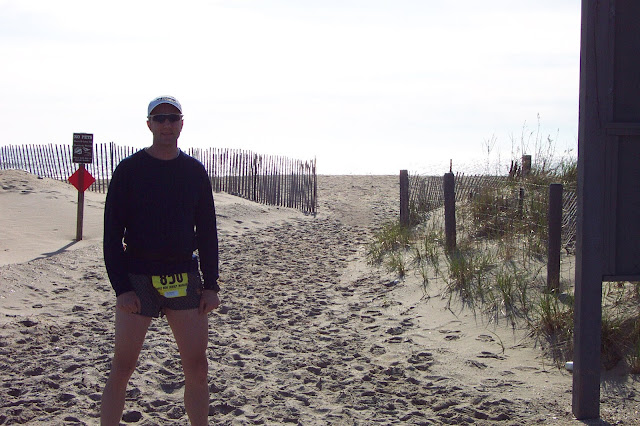 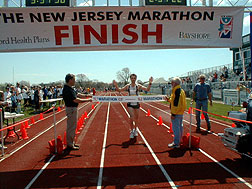 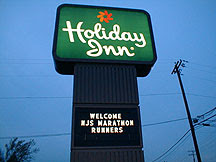 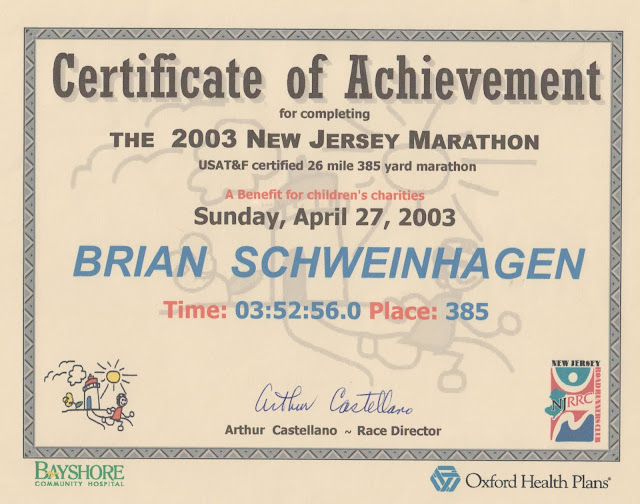 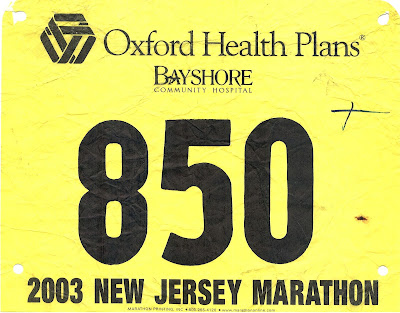 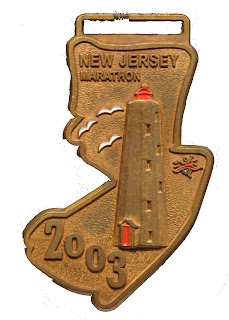 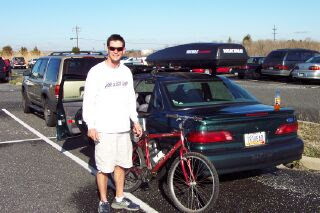 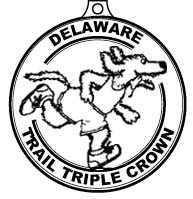 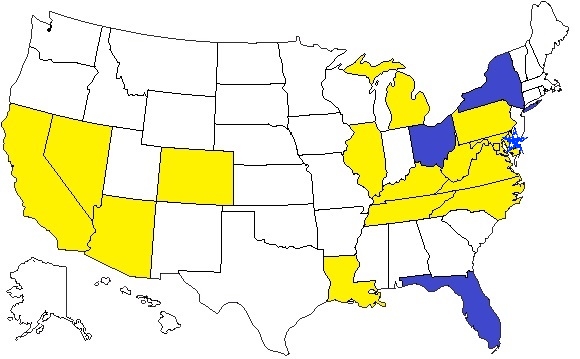 This is a small event which seems really reserved for the more serious runners.  There was a large percentage of the participants from the 50 state clubs.  As simple of a race this is, it is very well organized.

The race is located at White Clay Creek State Park.  The nearest camping is in another state park 13 miles away called Lums Pond State Park where my friend Mike and I camped in the heavy rains the night before. 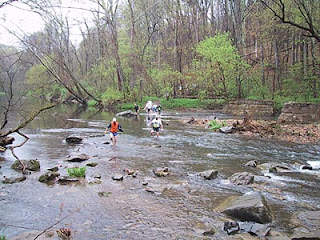 This is a 2 loop trail marathon and much tougher terrain than a road marathon.  The course is marked with spray chalk on the ground and survey flags with additional arrows to clarify turns at trail junctions.   The race begins in an open meadow and quickly narrows to a single track for a majority of the course.  The scenery constantly changes every mile from dense woods, open meadows, and lots of hills!  There are a couple of stream crossings, the second one was especially high water over knee high in places.  There are six water/traffic control stations which are passed twice.  The course in my opinion is not terribly difficult, but it is far more challenging than a road marathon, especially given wet terrain. 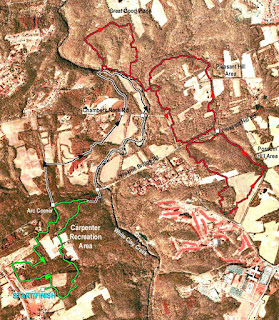 There is very little crowd support due to the fact that you are running through the woods for the whole marathon.  The only people you encounter along the course are where the course crosses a couple back roads and at the half way point where you make a turn around for the second loop.

This was a new challenge for me because I decided to attempt to run two marathons in one weekend.  Saturday in Delaware and then onto New Jersey, only 2 hours away, on Sunday.

I traveled with my good friend Mike leaving from Columbus on Thursday evening.  We got a late start so only made it 3 hours to Morgantown, WV where we camped for the night.  We checked in after hours and didn't realize until morning that we were the only campers and the campground didn't open until May 1st! 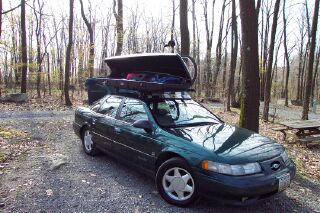 We ventured on to Baltimore and had lunch downtown at Hard Rock Cafe and then on to Newark, NJ.  Our campground had a large dog show which we thought would be entertaining until I began to rain steadily for the next 24 hours.  Because of the rain the course was extra challenging with the soft ground turning the course into a giant mud pit. 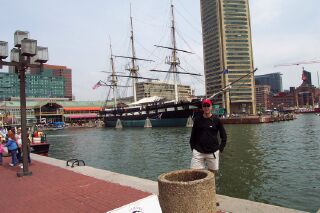 I was trying to hold back, but somehow finished 24th overall.  The stream crossing was a new experience for me.  I think I was the only runner to stop each time, remove my shoes, wade across, an then put them back on.  I guess everyone else's feet were already soaked from the steady rain all morning so they didn't care.  The first time I stopped I got passed by about 25 runners in a big pack, but they got lost on the trail and I managed to pass them all by not following their error. 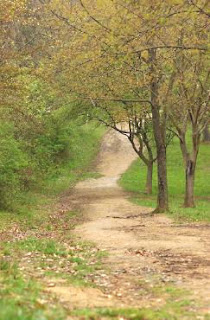 It was fun to talk to a few runners that have many more marathons under their belt.  One guy was running his 51st marathon in Alaska this summer! 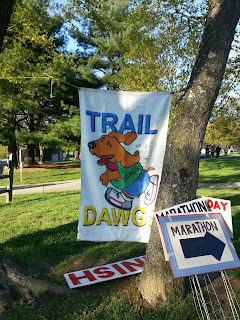 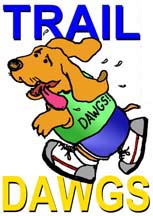 Each finisher receives a medallion.  Race tee shirts are available for $10 each and are not included with the entry fee.

There are several hotels that are in the area and the local Howard Johnson's offers a discounted rate for participants. There is no camping at White Clay Creek State Park however 13 miles away Lums State Park offers camping for $21 per night.  http://www.destateparks.com/lpsp/lpsp.asp 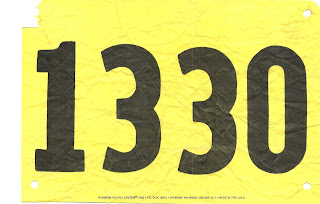 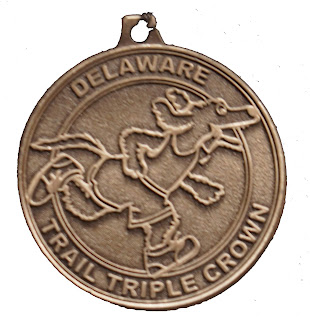 I scored passed to the guest list to see Dada in the CD 101.1 Big Room. The big room is anything but big, it's an intimate room where artist play a close up and personal show for a small group of fans.

I brought with me four cd inserts and had them all signed by all three band members. 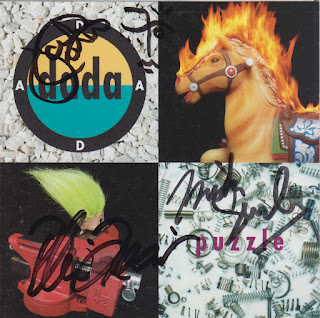 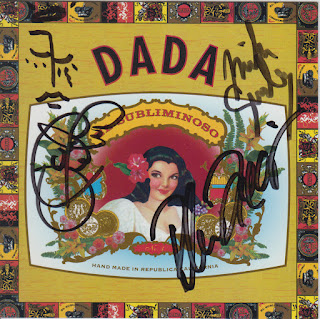 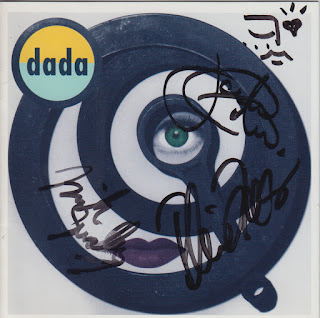