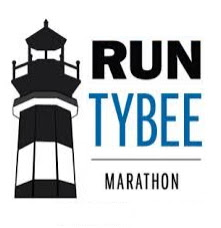 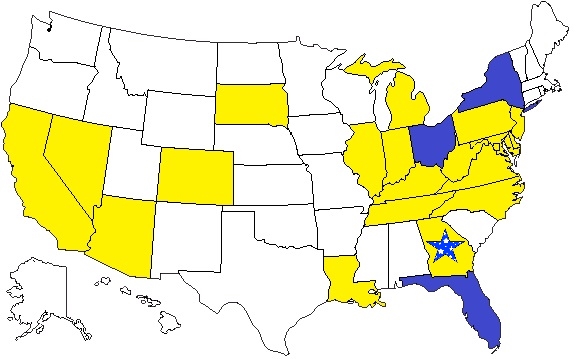 Georgia is a long way from Columbus, Ohio so I made the difficult decision of whether to drive or fly to drive.  The distance is about 750 miles which is a long ways for a single day.  Ends up I broke the drive into two half days both going and returning.  Leaving Columbus about 4pm on Thursday my goal was to make it to Charlotte, NC for the night to stay with my friends Scot and Richelle.  My little brother, Brandon, agreed to travel with me for my second marathon in a row.  Bad weather rolled in on Thursday evening as we headed down I-77 through WV and Virginia.  We arrived in Charlotte about 11:30pm.  Friday morning we made the remaining 4 hour trip arriving on Tybee Island to register and check out the place.

One of the first things we noticed on Tybee is that the tide was out and that all the marshes were dry or very low.  Ends up depending on the tide you may not be able to have access of some of the waterways!   We first headed to the beach and found the pier that jets way out into the ocean.  The wind was kicking up and there were some great looking surf, but it was a little cold so we had the whole peer to ourselves.  Across from the peer we found a little Marine Museum with $2 entry that wasn't that spectacular.  We ate lunch at Cousin Vinnie's pizza and it was fabulous.  We made our way from lunch toward the lighthouse.  It was closed by 5pm so we had to settle for only a few pictures and planned to come back on Saturday after the race.  We made our way to the beach and checked out some sand dunes and a few surfers out in the waves.  We found a little dive bar downtown and shot a few games of pool before heading looking for dinner.

Saturday morning the race began at 8:00 a.m.  I had been plagued by an ankle injury and then followed by a little flew, so my training was far below my normal routine.  I was pleasantly surprised to run under 3:45 and feel great doing it.  It was difficult to know what to wear because all the southern runners were very cold and all the northern runners were warm.  During the race I ran across a couple interesting runners.  First I passed a young guy, about 21 years old, who was running his 201st marathon.  I guess he started very young and traveled with his grandmother who was a runner to many races.  I also met Tim Collins from Urbana, Il.  Ends up after a couple miles running together we figured out we had a lot in common.  It was my 22nd state marathon and his 21st.  We both ran back to back marathons last year in Delaware and New Jersey.  Finally we finished only minutes apart in each race then we exactly tied with our chip time in Georgia!

Saturday Brandon & I made our way back to Charlotte for the night.  Our plans were to hit a few highpoints on the way back home, but the Thursday storm and Saturday night storm in the mountains prevented us from going to North Carolina and Tennessee's highpoints.  We did manage to see South Carolina's high point. 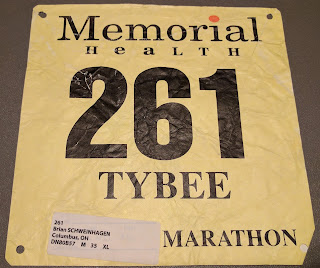 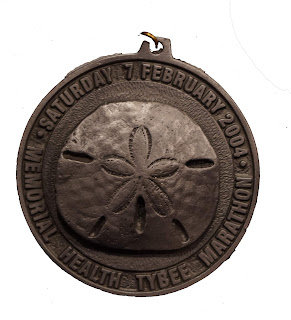