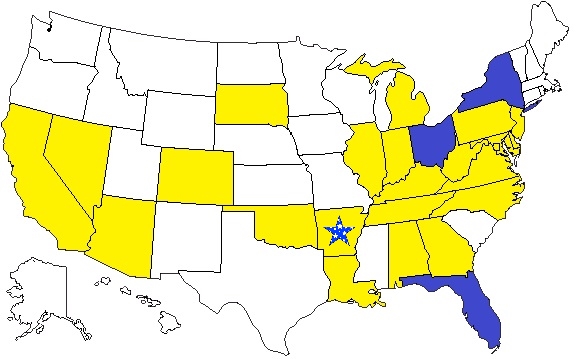 This was my 25th state marathon I've ran.  Since this was my 26th race if you count DC, I felt like I'm over halfway to my goal of all 50 states.  This marathon was filled with many sagas trying to coordinate the trip.  First my friend John had called and suggested we try to do a spring marathon and this seemed to work into each of our schedules.  I didn't know if I wanted to run another race with Homeyra expecting only 30 days from race day, so after a week delay in John's suggestion as this being the race I agreed, but now John was swamped with work and thinking that it wouldn't work for him.  I think we talked each other to racing, but with only 5 weeks to prepare in the middle of winter it was going to be a long road.

I prepared in my normal pyramid training program and the weekend of my longest planned run I got the flew that was going around town.  I didn't run for almost a week while trying to get my health back.  Not what I needed in the middle of my short time frame for training.  I bounced back quick and felt much better so got one last 10 miler in the week before the marathon.

Our trip was confirmed when we I found $124 round trip tickets, unfortunately through Cincinnati instead of Columbus.  It was a little bit of a hassle, but we survived.  Each of our first time to Arkansas we found our way on Friday night to the race expo and a nice place downtown for dinner.  It was a small pub called Bosco's and featured home brew.  I tried their 8 mug sampler, a small glass of each of their finest beers.  (True carbo loading!) 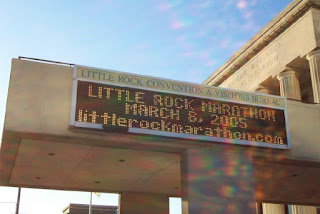 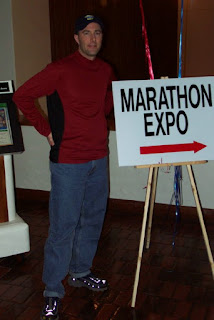 Saturday morning we arose and planned on heading to Arkansas's highpoint.  One of only 3 states I've been able to coordinate a highpoint into the marathon weekend.  It was about a 2 hour drive there and another 2 hours back, but time flew in our 05' Maxima that we rented for only $22 a day.

Saturday night was the pasta dinner we usually don't attend, but since it was in the Clinton Memorial Library we opted in.  John found a nice church around the corner from the hotel and soon after we headed to the Memorial for the festivities.  For only $3 we got passes and walked around the museum of all of President Clinton's accomplishments.  The building, architecture, and all the displays were very impressive. 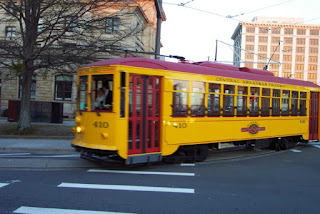 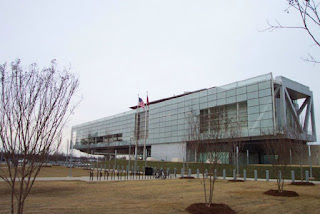 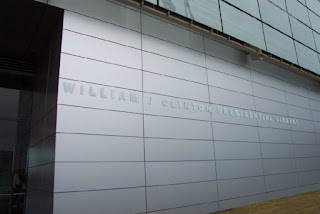 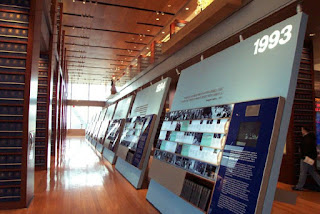 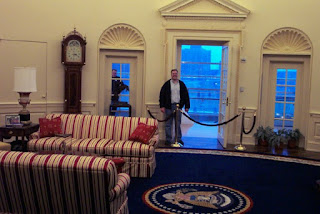 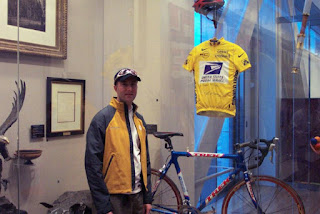 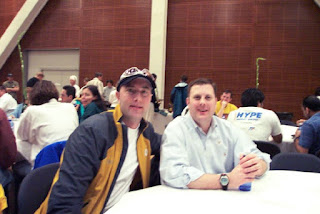 Sunday we were ready to go and found great parking close to the finish line.  The race was well organized, mild temperatures at the beginning of the race, rising to nearly 71 degrees before the race ended for us.  8 a.m. seemed like a late start for such warm weather, but I survived.  The race shirts were very ugly, but they also had finisher shirts which were much better designed.  I had time barely after the race to shower and return to the finish line where I barely missed John finish.  We were able to enjoy some BBQ at a little place at the 26 mile mark that smelled ever so good as we neared the finish line. 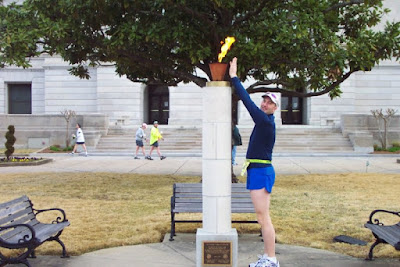 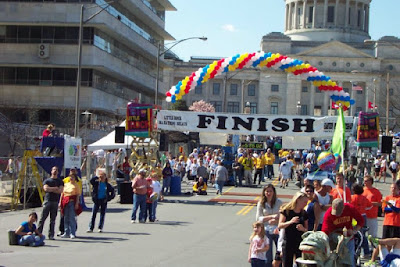 We had a long trip back to Columbus, but all in all a great trip and a great race!

A "Must Do" Race According to Runner's World...We knew our medal was HUGE and Runner's World confirms it!! The Little Rock Marathon is one of the best races in the country.

Whether you are a beginner or an experienced marathoner, we have a race for you. The Little Rock Marathon, Half Marathon, and Relay Marathon (4 person) are 26.2 miles of celebration through the scenic streets of Arkansas’ capital city. Come enjoy our lively brand of southern hospitality. You will have a Big Time at the Little Rock Marathon.

We stayed at the Comfort Inn & Suites.  We had a car which made it easy to get around town, but you could even stay here without a car because the city trolley ran early race day and picked up runners in front of the hotel.  Breakfast buffet was open early race day.  We had no problems checking out late.

I heard rumors that the host hotel had a big convention on Monday and that they were sold out on Sunday.  Many that requested late checkouts were given a hard time.  The host hotel is along the main drag of downtown and perfect spot for the night life!

There is ample support at the start and finish of the race.  I found out the hard way that the pre-race massage and post-race massage is in a VIP tent near the start/finish.  If you pay at the expo you are given a bracelet, which entitles entry to this VIP area, all others are turned away.

The 15 course aid stations are spaced one every two miles, then from mile 20-25 one every mile.  I heard from others that the aid station distance seemed like forever on the big climb between miles 13-18.  I always carry my own water so didn't have a problem.

Both Gatorade and Clear Mountain Water were provided at each aid station.  Medical aid stations are located at each Relay Marathon Exchange Area.  Also MEMS Paramedic Bike Patrol will be along the course.  I asked to borrow a bike, but they didn't enjoy my sense of humor!

The Little Rock Marathon Health & Fitness Show/Expo includes over 50 exhibitors featuring the newest designs in running gear, shoes, clothing, jewelry, as well as the latest developments in sports, fitness and nutrition. It is the official kickoff of the Little Rock Marathon weekend. Race participants must come to the "expo" to pick up their race packet. It is FREE & OPEN TO THE PUBLIC!

Honestly the description above is from the official marathon site and although I was impressed with the expo, there were not nearly 50 vendors, but I was able to find the few much needed items I forgot to pack. 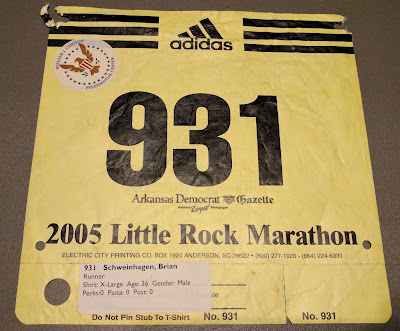 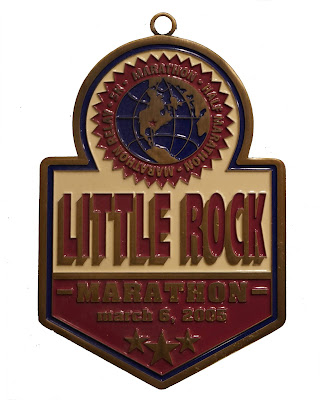