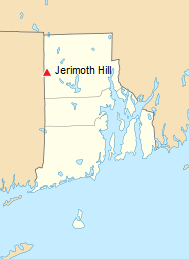 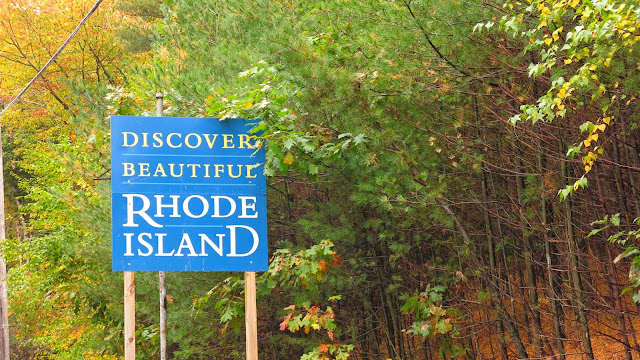 I have to give myself credit in planning this adventure, even last minute, because just after finishing a marathon in Hartford, CT on Saturday morning and heading to Newport, RI to do it again Sunday morning, could it be any more perfect that literally the only route between the two cities took us directly past the high point of Rhode Island.    It couldn’t have been any easier, a short hike directly off the route which we were traveling, Route 44 from Hartford actually turns in to Route 101 which less than a mile after crossing the state line of Rhode Island you can see the landmark sign. 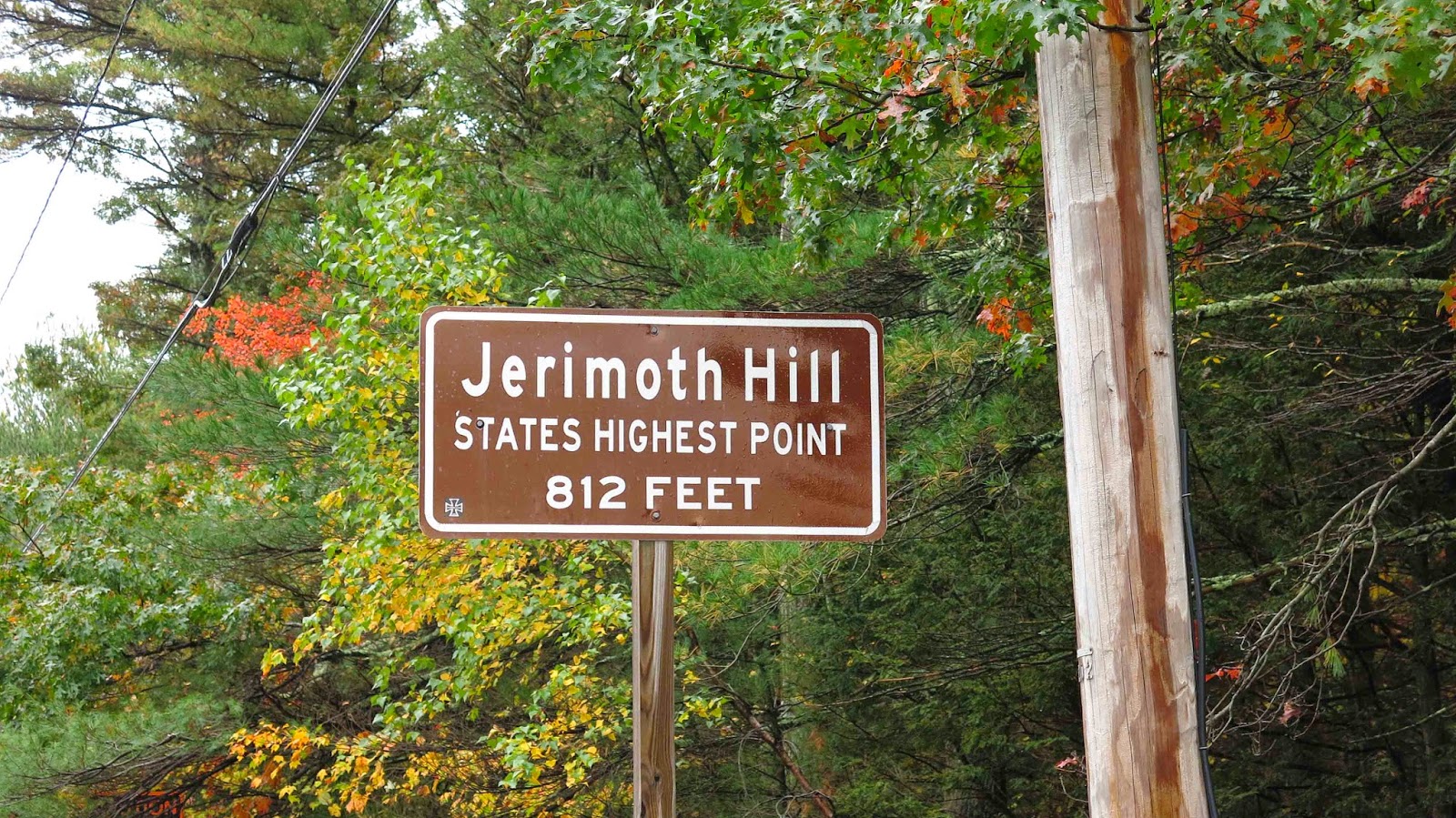 After the Hartford Marathon’s great post race treats were starting to wear off we came to another small town still in Connecticut and a road side diner that was calling our name.   We stopped in for lunch and asked the waitresses if they knew anything about Jerimoth Hill.    They all recognized the sign they must drive past all the time along the easiest route toward Providence, but none of them really knew anything about the high point other than the sign. 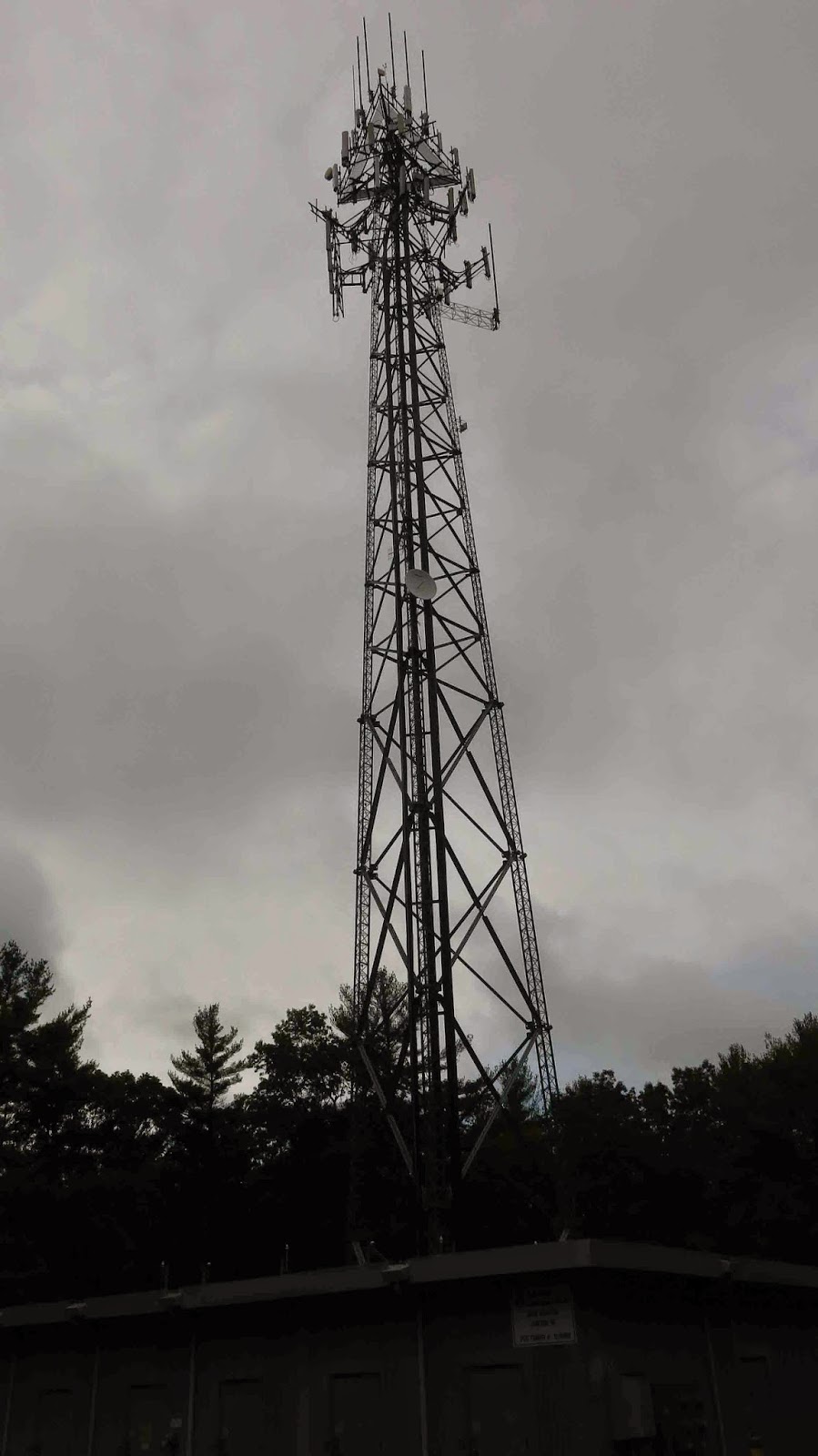 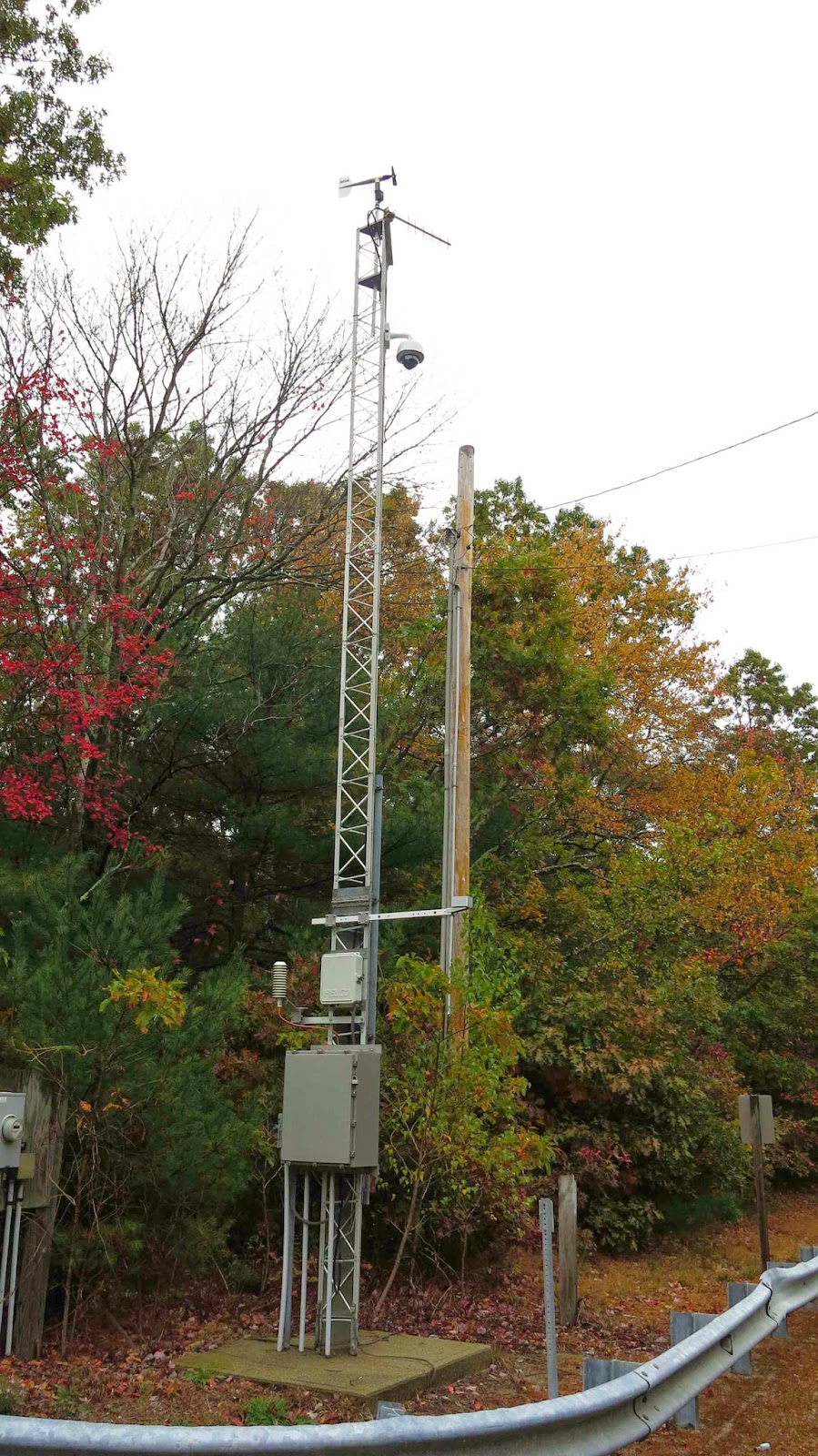 After our lunch we immediately crossed the Rhode Island border and within .7 miles we had reached the infamous sign.   My highpoint guide was first edition published in 1999 so now 2014 we found that its content were a little outdated.   My book says that the “sign” counts as the highpoint, even though it’s not actually the highpoint.   Wikipedia states that “Jerimoth Hill was once less accessible than Mount McKinley and the only access was heavily posted against trespassing.     As a matter of fact the “route” or trail to the actual highpoint wasn’t easy to find at first. 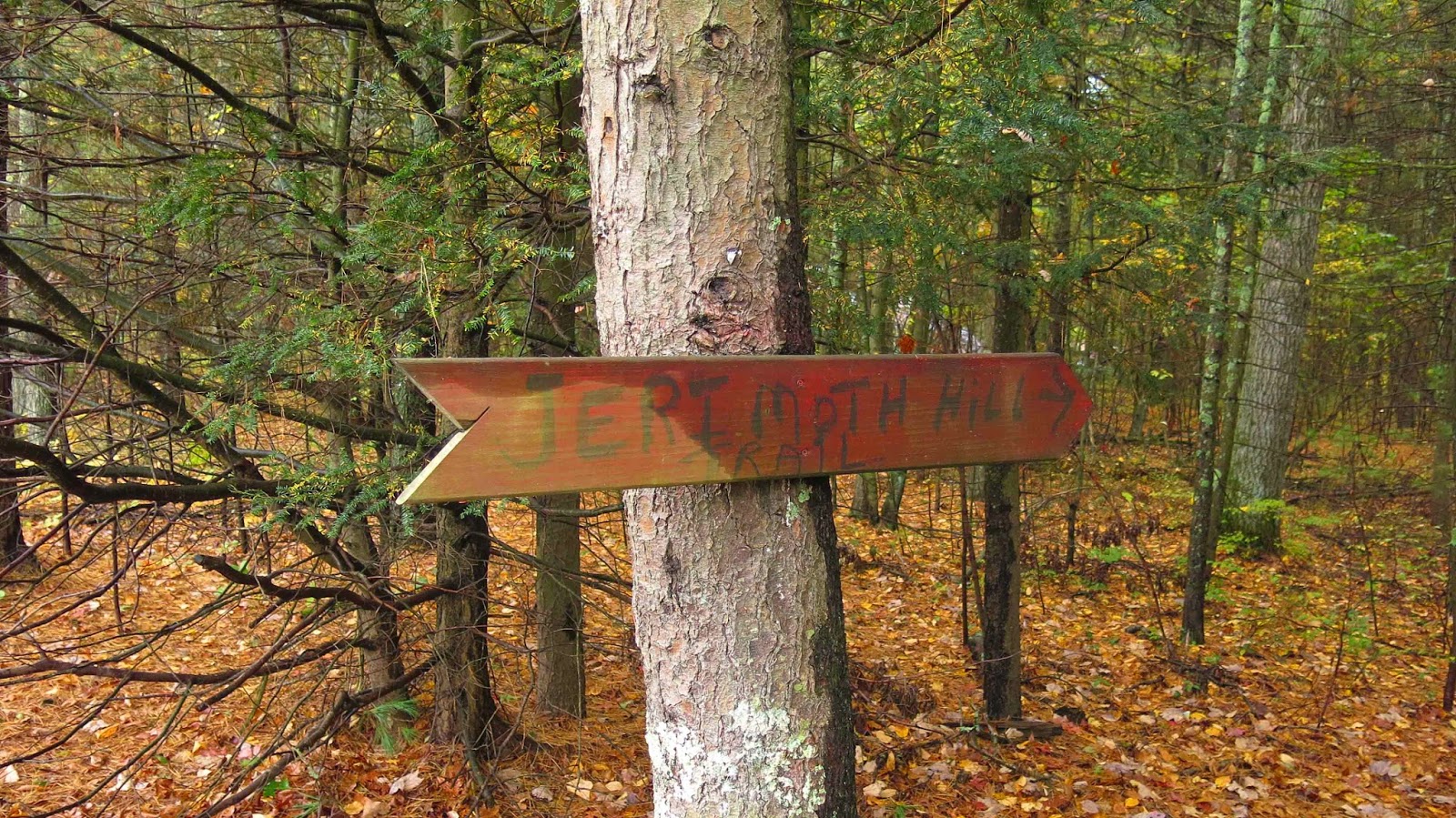 The tall cell tower sits ontop of the hill, however after 10 minutes of searching for a trailhead or any signs that would lead us to the summit around the tower, I finally had to consult Google and see if I could find any more details to the actual highpoint.   Ends up, in 2005 the property was purchased by new owners who eventually sold the rights to the state of Rhode Island, so across the road from the cell tower was a sign and a path the lead to  Jerimoth Hill.   The trail is well marked and about a 5-7 minutes hike from the roadside. 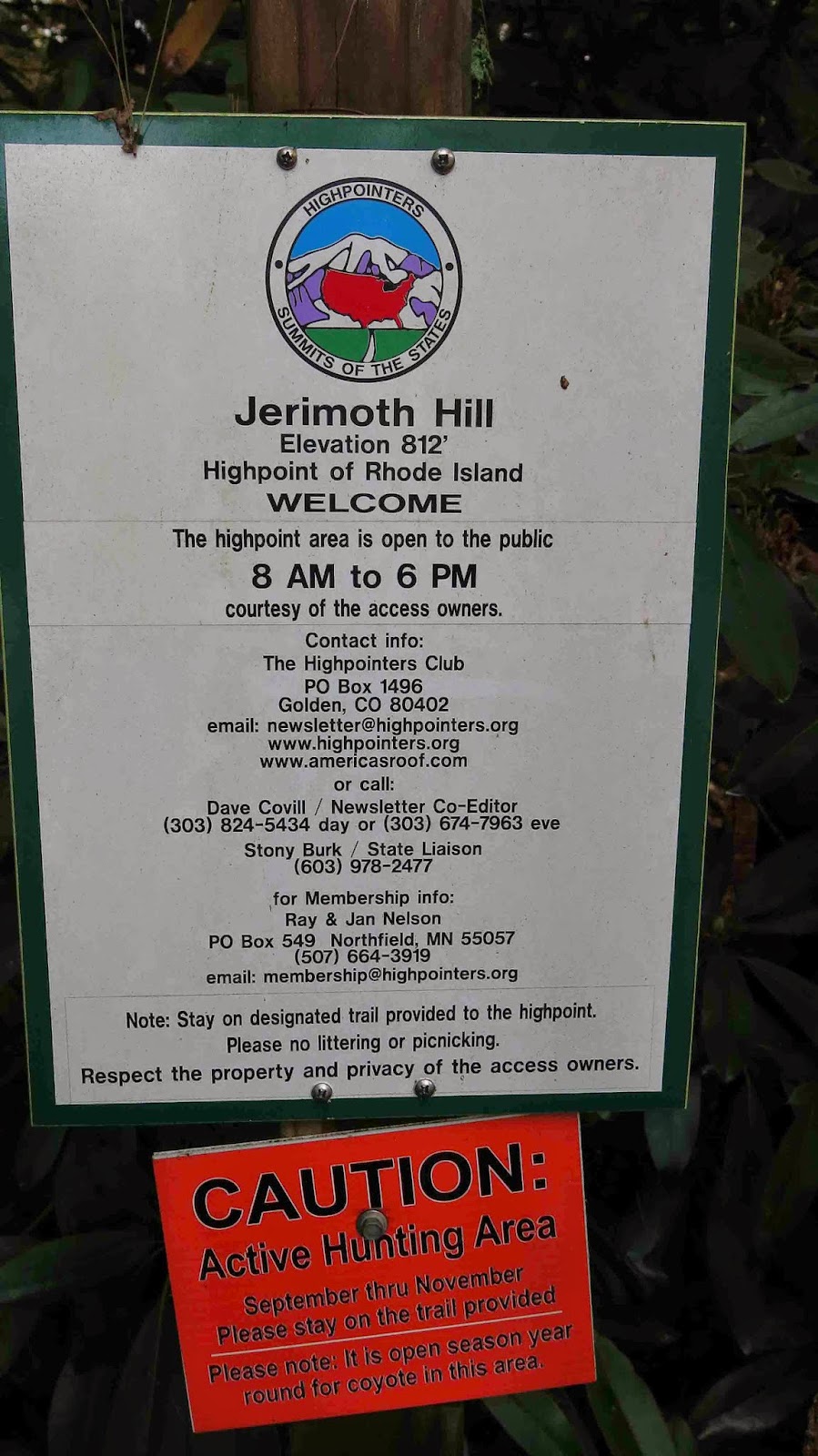 The good part of the hike is that it is short, it’s basically flat, and it had stopped raining.   The actual state highpoint was well marked with Tibetan prayer flags, a pile of rocks on top of a big boulder, and a tin army can with a guest register.    We signed the book, took a few photos and hiked back the way we came had come back to our vehicle and were finally off the 5th and final adventure of the weekend, another marathon in Newport, Rhode Island the next morning. 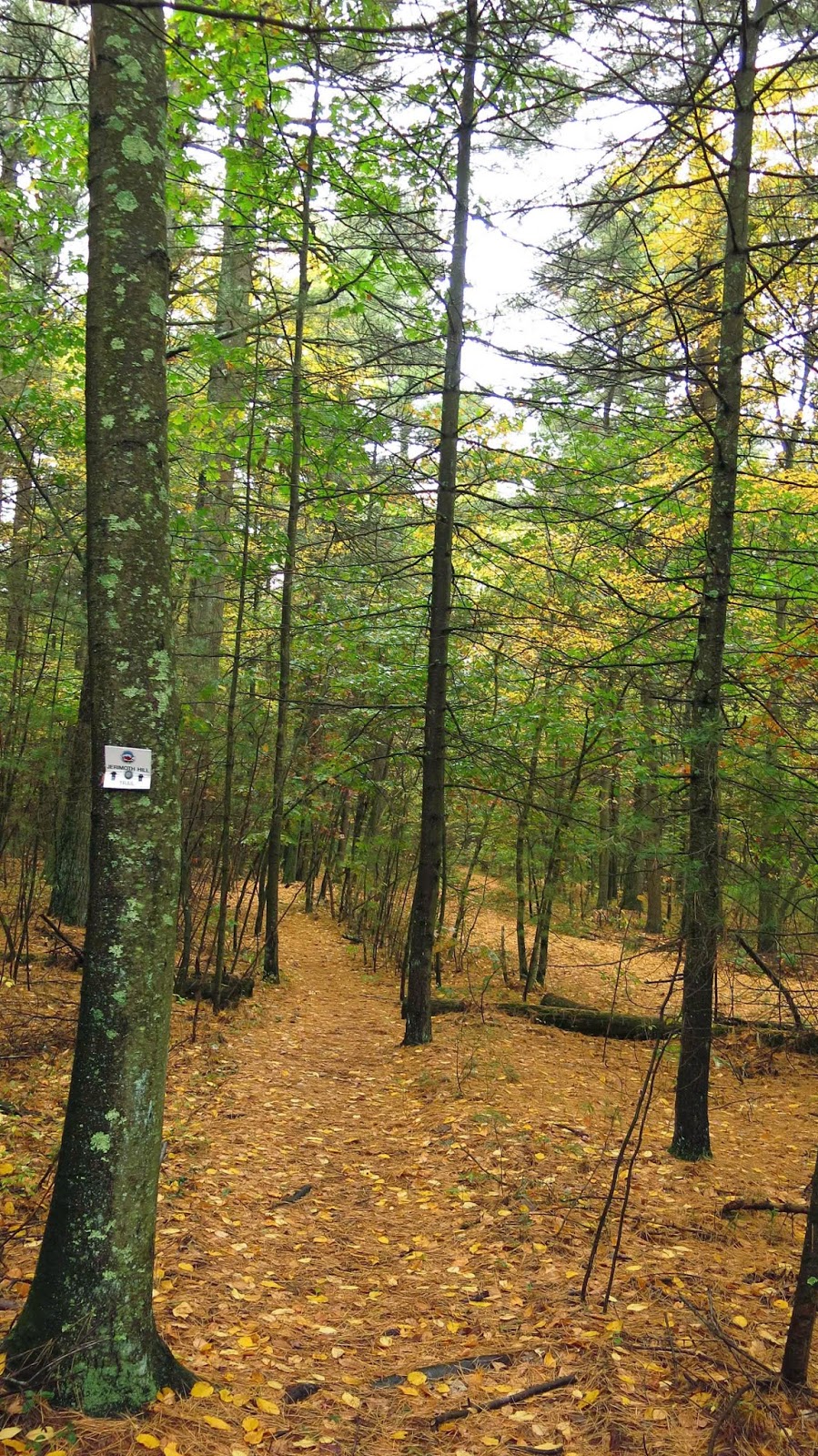 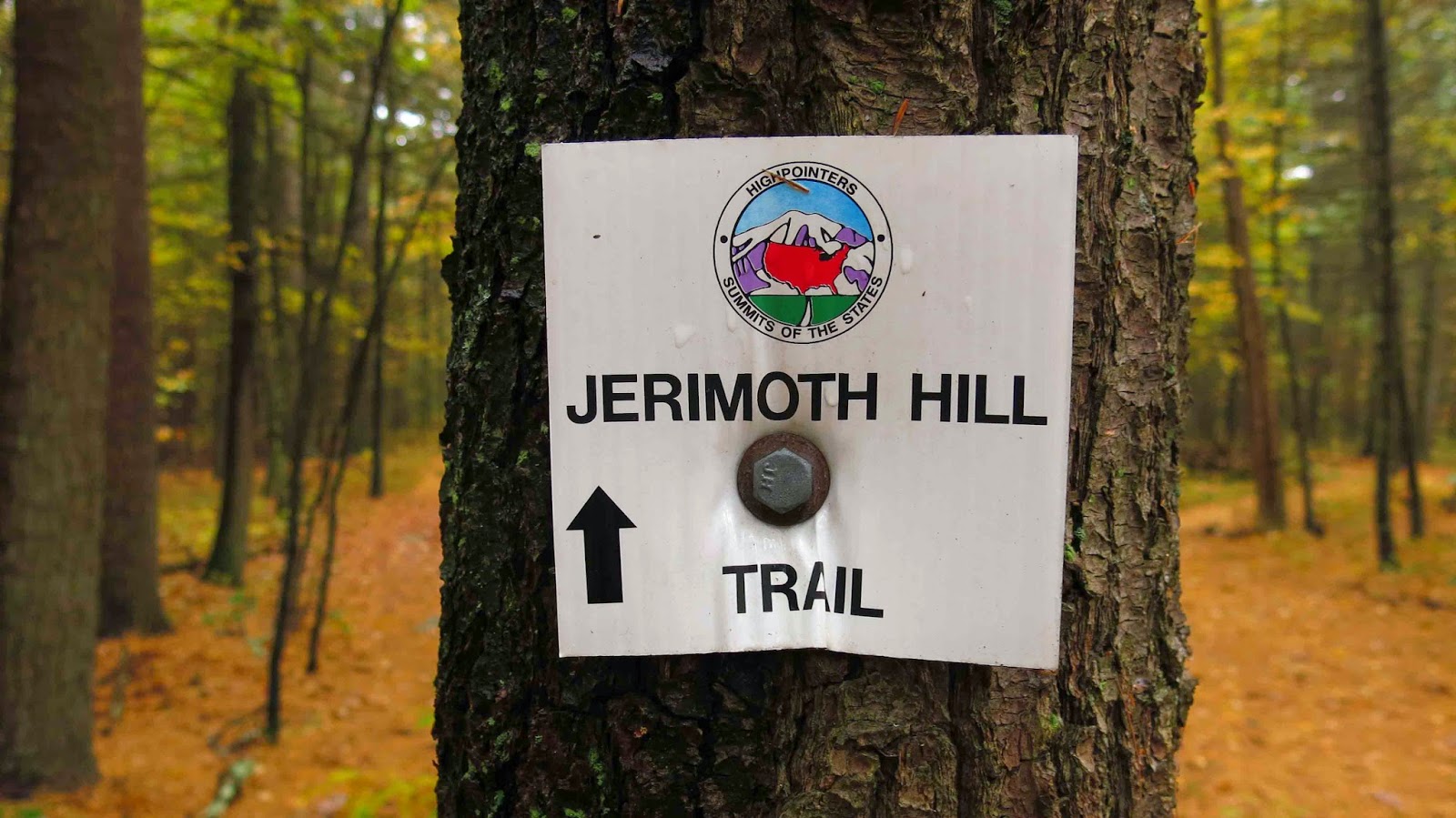 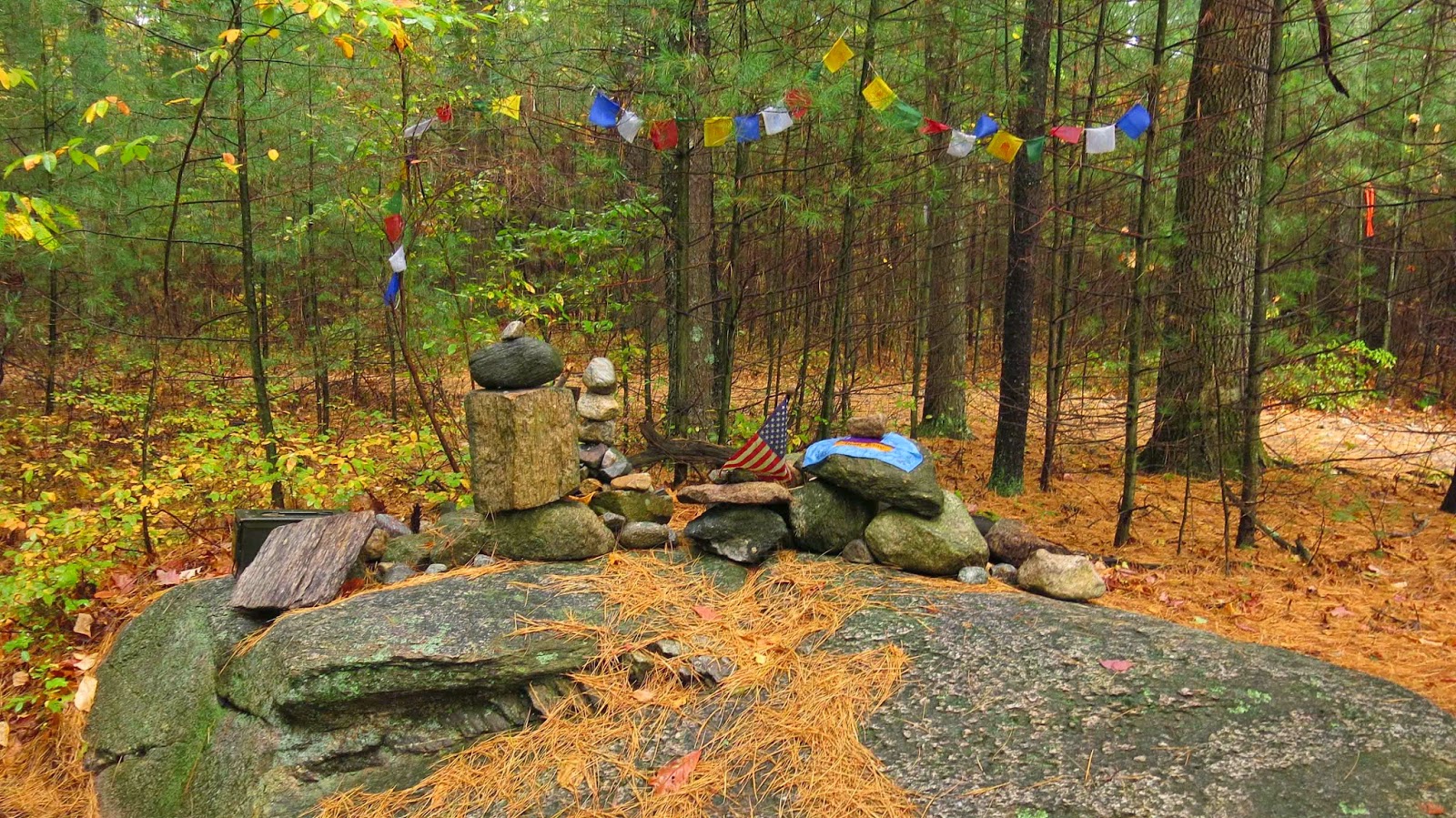 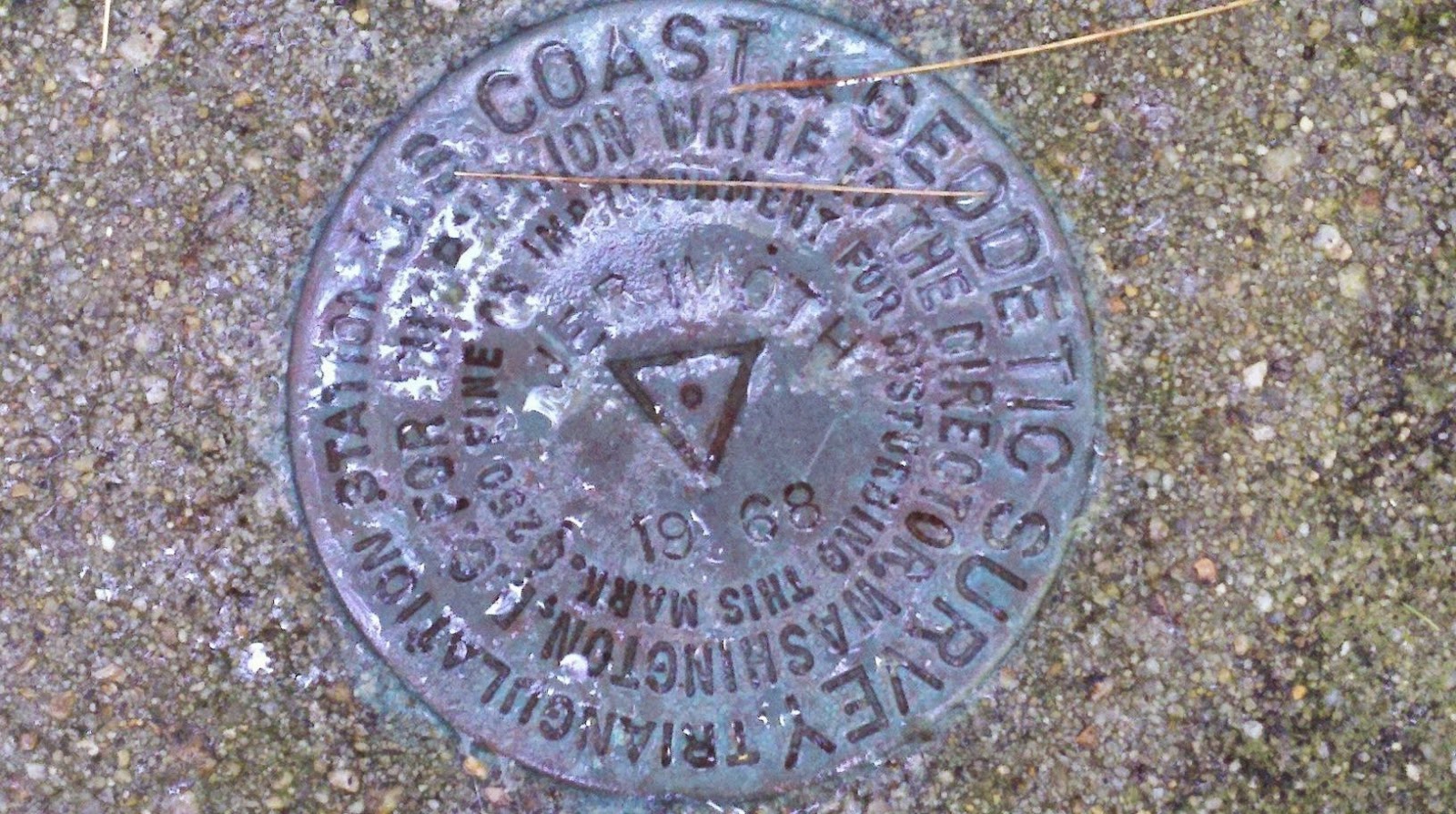 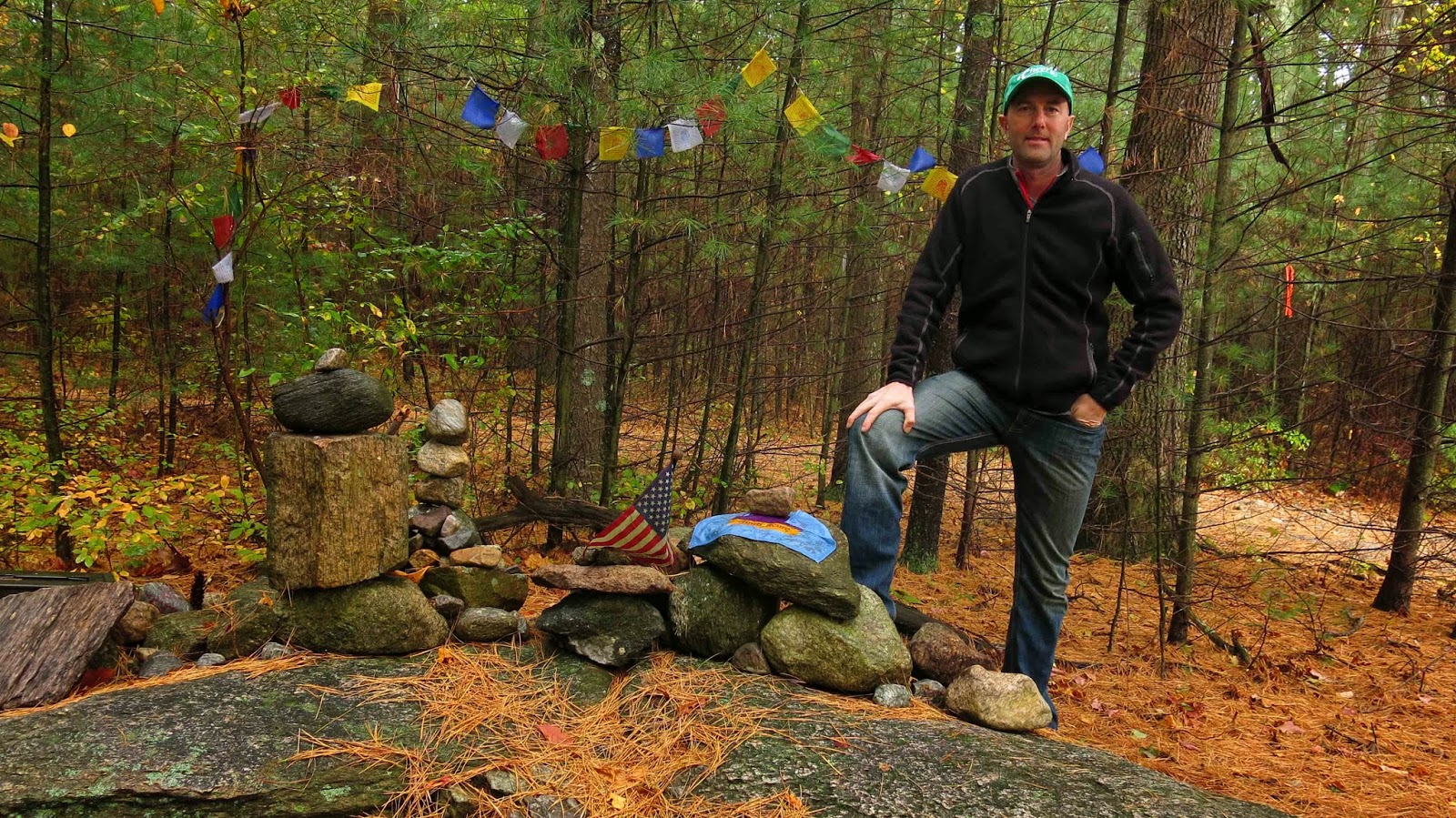 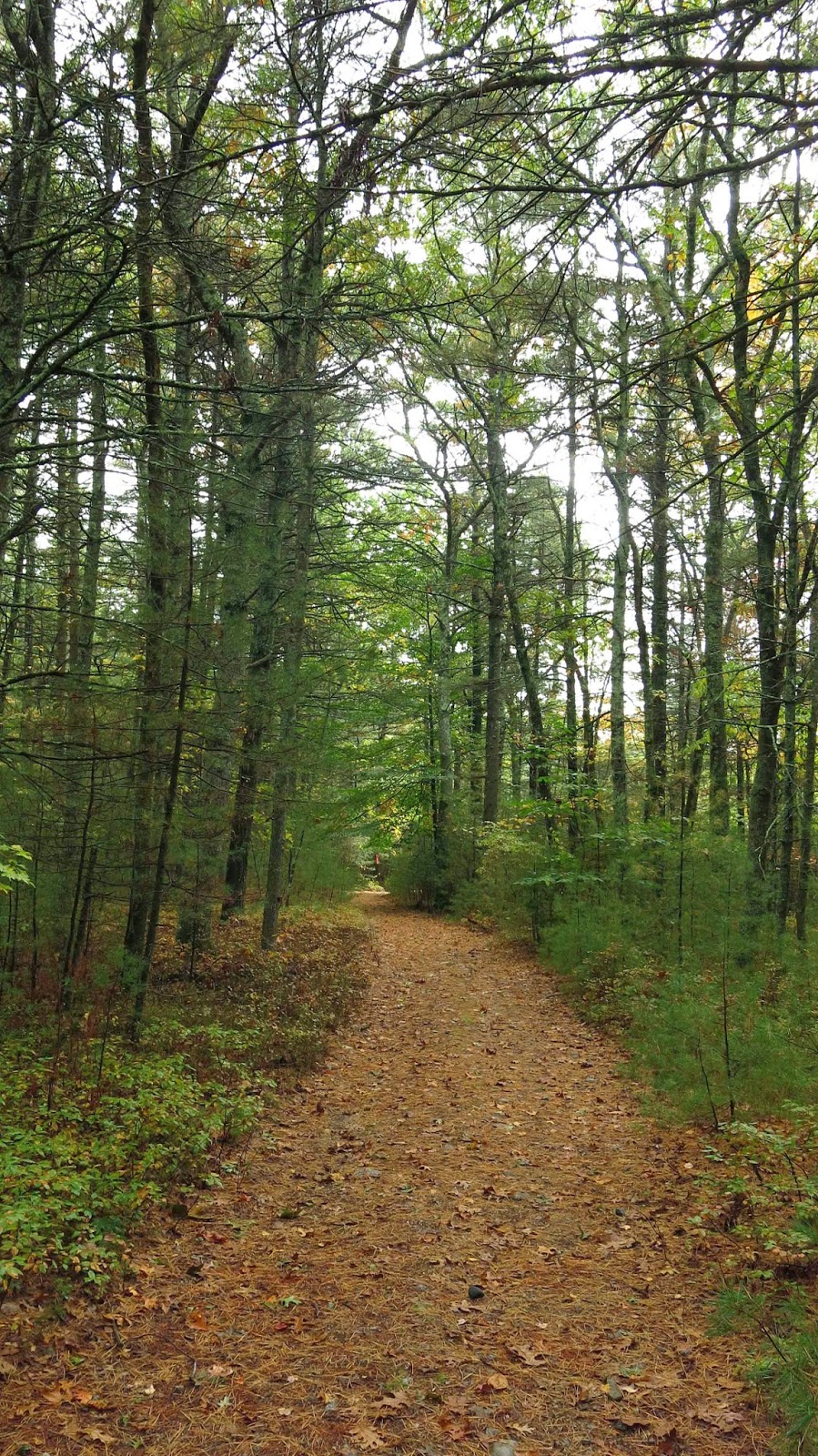