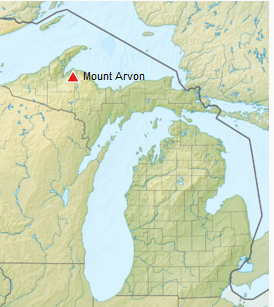 I had planned on running Grandma's Marathon in Duluth, Minnesota and since we decided to drive, we had two routes to choose.  Either through Chicago or via the Mackinaw Bridge and through the Upper Peninsula of Michigan.  I talking Homeyra into taking a break from her endless studies preparing her dissertation to join me for the road trip.  We didn't know if we would ever get a chance to see this part of the country and wanted to stop in Michigan so my grandma Whitt could see Parisa for the first time.  Yes, this would be the first road trip for the whole family (including Parisa!).  We left Wednesday after work and made it about 10:30 p.m. to grandma's house in Tecumseh, Michigan.  Grandma was delighted that we stopped to see her and that she got to meet pretty Parisa.

The next morning we ventured further north stopping in Frankenmuth, Michigan, a little German village and had lunch at Zehnders after stopping at Bronners Christmas store.  Making our way further north we crossed the 5 mile Mackinaw Bridge and ventured through the U.P.  We realized we couldn't make it to the highpoint so we stopped and had brought with us our mountain bikes, so we trailered Parisa about 15-20 miles through the Michigan wilderness on a hardly traveled back road.  A great ride, no traffic and no bugs!  We saw lots of signs for "Pasties" so had to try one for dinner.  We drove till dark and made it within 100 miles from our highpoint destination.

Friday morning we awoke and headed towards L'Anse, a nice small village/town along Lake Superior.  We stopped and asked an old lady for directions and she had been there so confirmed our path.  Here's where the adventure really began.  Following the directions in the highpoint guide took us 16 miles outside the town where we turned down a dirt road.  Homeyra was driving the ML320 4WD all terrain vehicle and loved every minute of it.  Without her car we wouldn't have been able to make it down all the logging roads to the trailhead.  The road narrowed and became steeper and bumpier the closer we got to our destination.

We came to the end of the road and signs that read only 1/3 mile to the highpoint.  We were thrilled because we thought we would have to walk a couple miles through the dense woods and mosquitoes.  We wrapped Parisa (Homeyra's blueberry) in a bug net and tucked her in my gortex jacket as ventured uphill on the old logging trail/road.  It was very muddy, but we were on the summit in no time.  We were surprised we reached it so fast and caught the whole hike on video tape!  There was a register on a tree and both a blue sign marking the highpoint and a USGS marker.  We made it back to the car with only Homeyra getting 3 bug bites (she's sweeter than me!).  Another high point done! 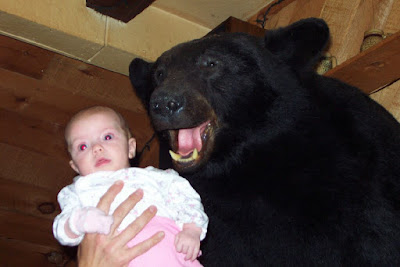 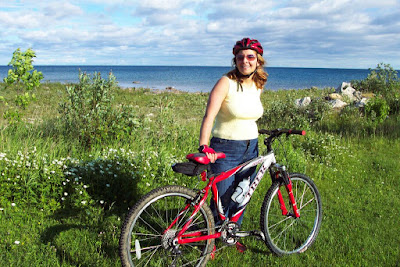 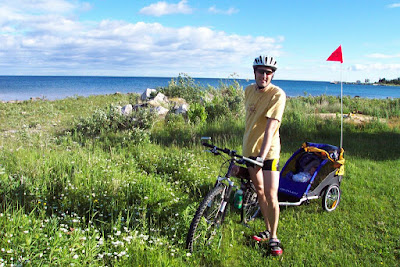 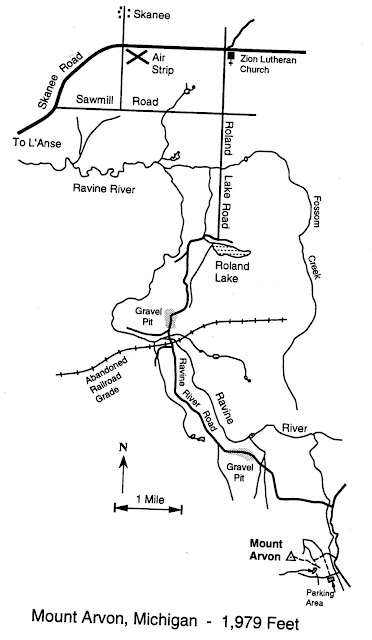 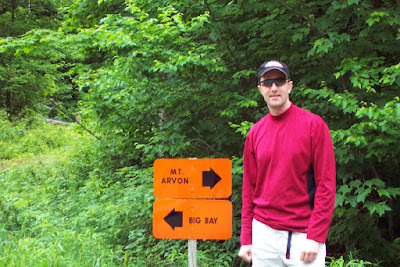 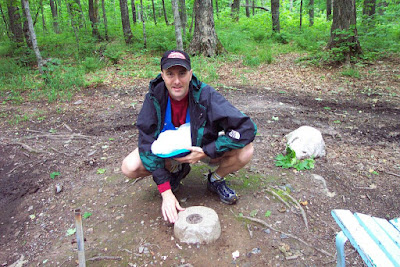 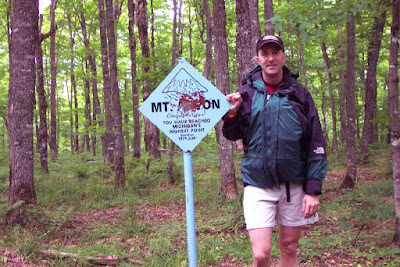 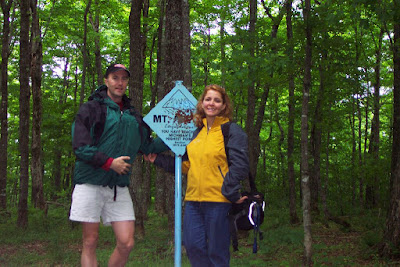