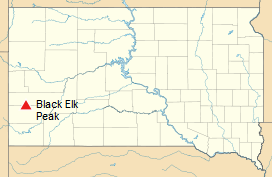 "Amid much controversy in the state of South Dakota, the former Harney Peak is now officially Black Elk Peak, following a ruling by the U.S. Board of Geographic Names on August 11, 2016. That ruling will affect how the summit is named on all federal maps in the future"

Awaking at 4:45 a.m. in Columbus, Oh it's hard to believe that several hours later we would be a top of a mountain in South Dakota so far from home.  We stepped off our plane in Rapid City and felt the wind, at only 10 a.m. local time the mountain air was very chili.  I was excited to head to the mountains and make a late afternoon summit.

We drove past Mount Rushmore National Monument on the way giving us a glimpse of the famous mountain faces.  We continued up the road to our trail head at Sylvan Lake.  This beautiful lake welcomed us to the mountain trail.  Our climb was never strenuous and often seemed as if we were hiking downhill.  From across a valley we caught our first peek of the house on the summit.  The trail seemed to wind away from the summit, but before long we were already at one of the last forks in the trail before we started our summit push.

We hung our packs on a tree and took only a bottle of water and camera bag.  We past a couple that told us we were less than five minutes from the top, yet we couldn't see because of the dense trees.  Once we saw a small clearing and some stairs that headed straight up we knew we were very close.  It was great to see Homeyra's excitement for her first summit.

A large group of college aged hikers were spread across the summit area.  We explored the house on the summit and enjoyed the views in all directions.  As we soon noticed after the large group left we had the top of the mountain to ourselves.  Whoo hoo!

We picked a new trail downward and hiked around some rocks called the cathedrals.  We also were seemingly lost for a short period, it seemed as if our map didn't exactly match the new trail system.  I think we made and extra 1.5 miles by taking the new trail, but sights were worth it.  On the way to the hotel we stopped and visited Rushmore with a storm slowly rolling in and the temperature dropping. 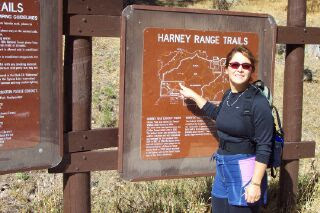 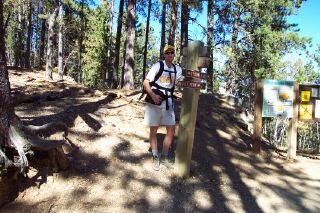 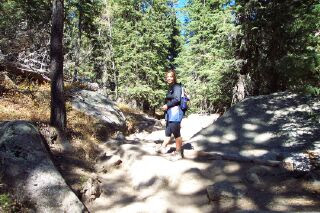 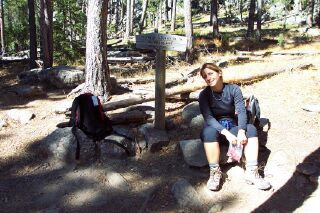 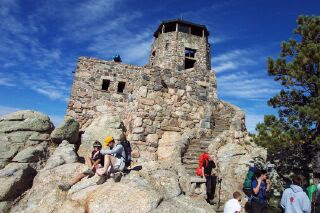 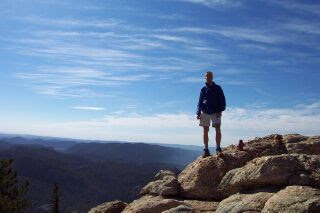 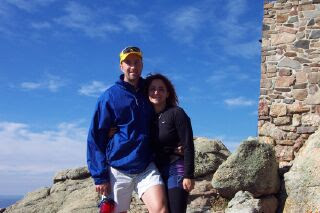 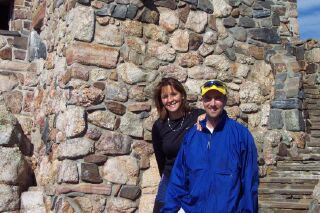 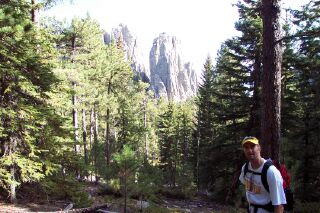 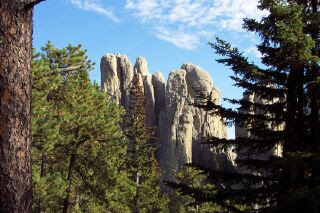 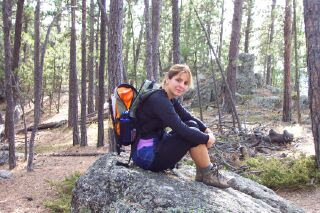 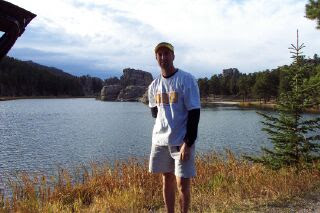