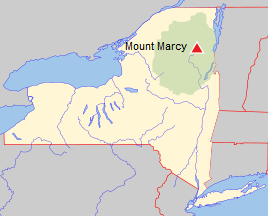 Third of three high points planned for week prior to Ironman USA in Lake Placid. Three days earlier while in a local bar, I asked some hikers what they recommended for a good day hike. They claimed there were much better peaks to climb instead of Mt. Marcy. They talked me into doing Gothics instead. Gothics was an adventure in itself, but 3 days later I came back to NY after summiting New Hampshire and Vermont.  Mount Marcy is a long day of hiking 7.4 miles to the summit. The day was great. Little muddy at the start, but the trail was very gradual. Found a waterfall which was perfect for a snack and photos. Continued the hike and passed several groups on the way up as the "red" team!  Near the summit the plant life is rare and endangered therefore you must stay on trail after certain elevation. The top was all rocky above the trees. From the top you could see everywhere, all the way across to Vermont and also Lake Placid below. There was also a member of the ADK club at the top answering questions for anyone that reaches the summit. 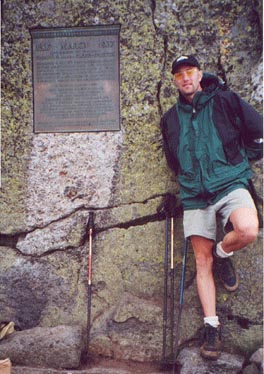 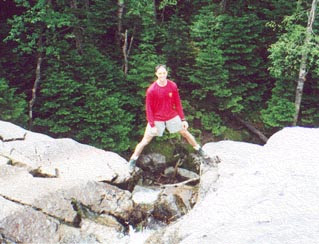 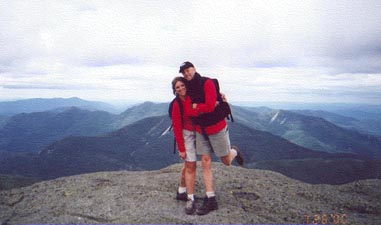 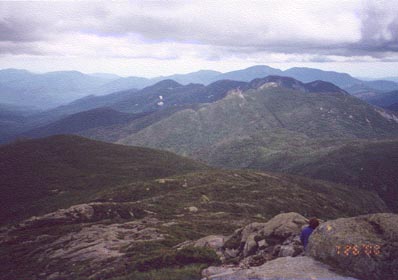