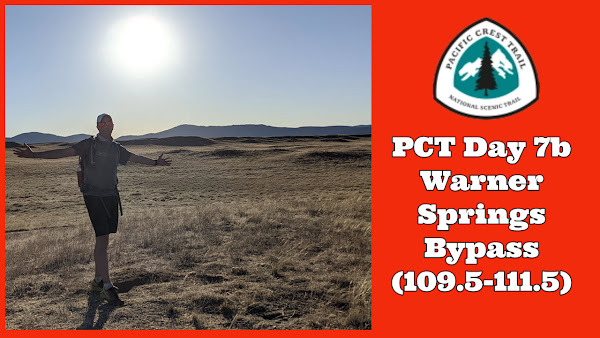 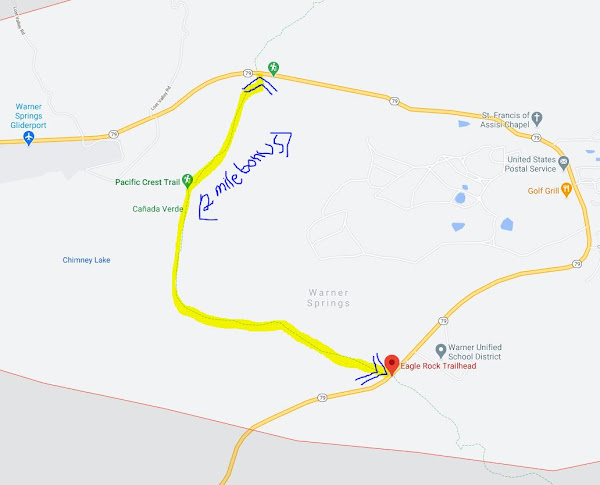 Section 1 of the PCT officially ended at Warner Springs at the I-79 by the fire station. Day 7’s leg was the shortest hike of Section 1, only 8.3 miles. The first leg of Section 2 begins with a 17.8 mile mostly uphill hike with the first 2 miles being a flat crossing to thru Warner Springs in which I-79 makes a half circle and the PCT intersects a 2nd time on the other side of town. In order to cut 2 miles off of the first leg of Section 2 we decided we would tack on the extra two miles to the Day 7.

Logistically speaking it would be easy. We had left my car in Warner Springs all day and caravanned to Montezuma Road with the five of us. My friend Brian & I would get in my car and drive to the start of the hike to retrieve his car. On the return we would drive past the fire station thru Warner Springs to the other side of town and once again drop my car off at the new endpoint of the 2nd part of the days hike. The PCT goes under a bridge and there was small gravel parking area that looked safe to leave my vehicle for about an hour. I jumped back into my friend Brian’s car and we headed once again back through Warner Springs to rendezvous with the rest of our group.

Mai and I said our goodbyes to our new hiking friends as we were to carry on for our additional 2 bonus miles. The trail split right before the fire station and looked like it might go under the I-79 but after backtracking just the short distance we realized the trail turned right before the road and actually exited back at the fire station so in just a couple minutes we were right back where we just started. Mai had let one of my friend Brian’s friends borrow a cap and it worked out perfect because the realized the hadn’t returned it so we got to say both “hi” & “goodbye” one more time.

This time we noticed a PCT sign on the other side of the road so carefully crossed I-79 and thru a livestock gate and back on the trail. It was already mid afternoon and with the short days the sun was starting to get low on the horizon. There were lots of cow trails that if you took the wrong way I’m not sure where you would end up, but the PCT was clearly marked with regular sign posts which were easy to follow across the open pasture. No cows were out so we had the whole meadow to ourselves. It was remarkably flat and wide open.

The trail wound back toward the (dried up) river, but you could see there were many trees that grow from the times when there is water. The trail once again changed and became more wooded. Again there was another sign post and I noticed there was something on top of the post. After a closer look I found it was a lovely painted rock on one side and the bottom had a message that read, “Find Joy in Nature” and referenced a Facebook page called VCRocks and contained a simple instruction to “post a pic, keep, or hide”. I was curious about the rocks origin so decided to keep and at some point down the road maybe hide it for someone else. Later I would find the Facebook page and discovered a lady on a horse had passed by earlier that day hiding rocks all over Warner Springs.

There was a big sandy area where you can tell the river would be in the springtime when there is water. I parked next to bridge so I knew we were getting very close to the car. One last section of the trail right before the road was an area that looks as if it is a designated camping area long the PCT. The trail continues under the bridge but we took a right on a small trail that lead us up to the road and my vehicle. Another successful day on the trail and another high five. We had some flip flops to change into and loaded our packs and were on the road, next stop dinner!

We were only about 45 outside of Temecula with many choices. Mai always craves soup and while it was hard to find further south after earlier hikes this time she got to choose and we followed navigation to Pho Ha, a Vietnamese restaurant. Still in the middle of Covid we had to take the food to go and found a couple chairs outside the restaurant to pull up and eat on the sidewalk. My second time in my life trying Pho and as good as the first time. From Temecula one more hour and thankfully light traffic all the way home. 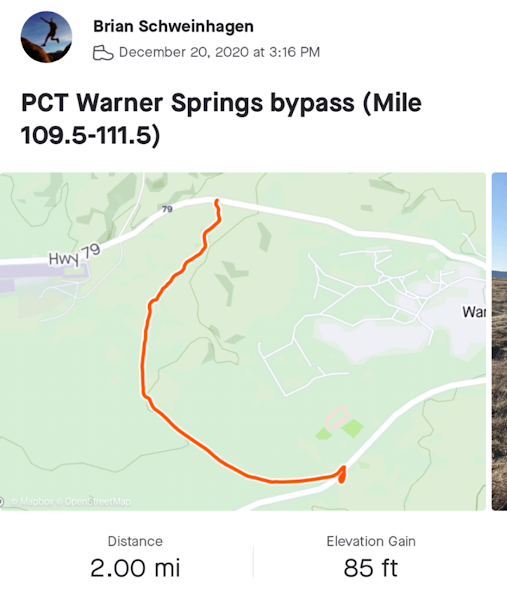 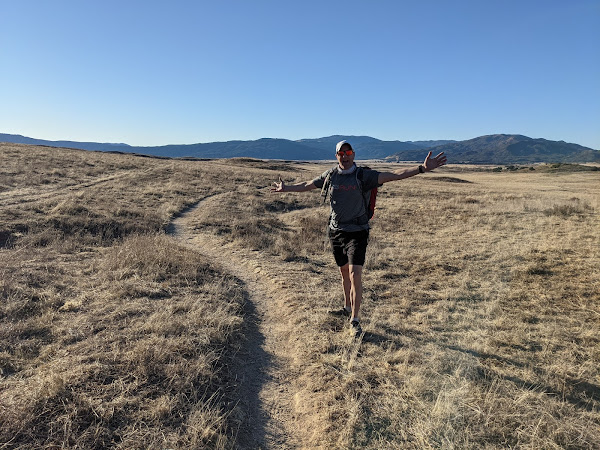 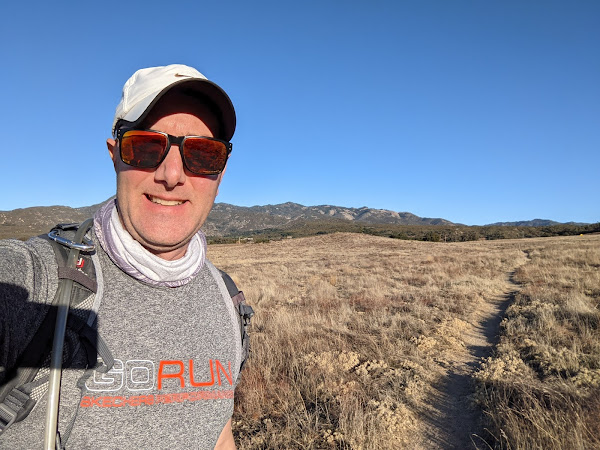 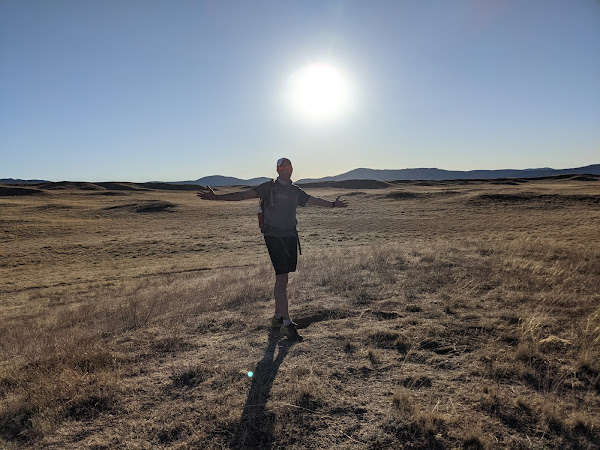 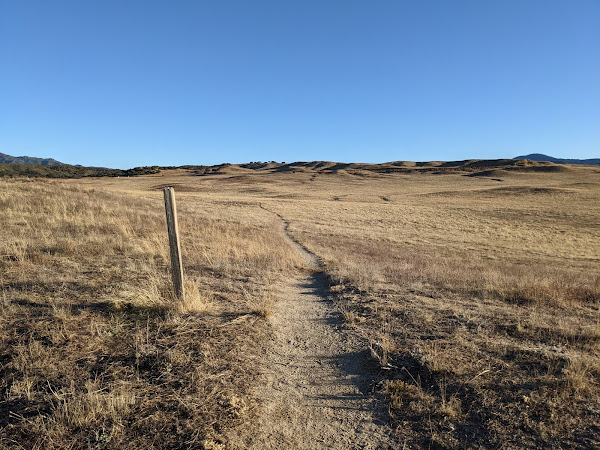 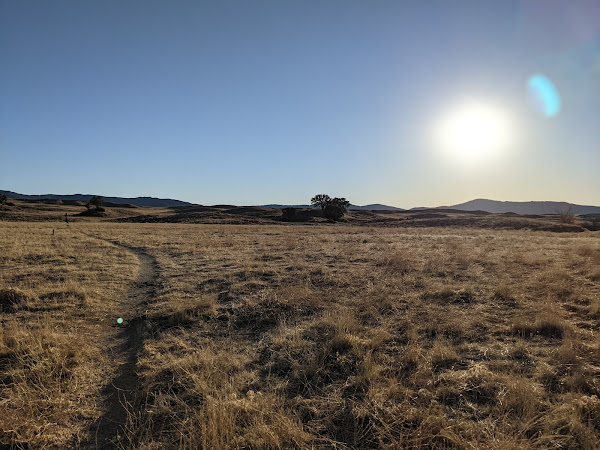 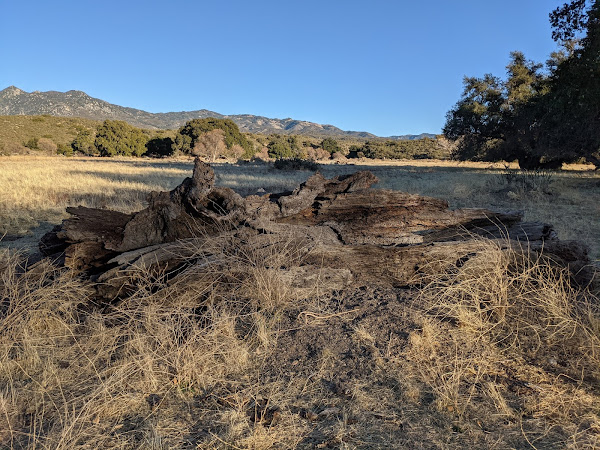 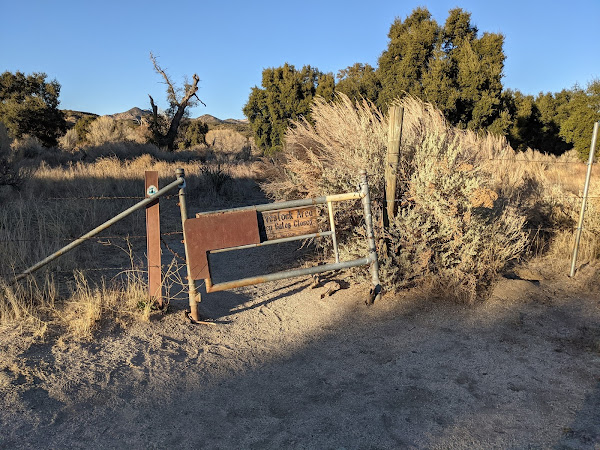 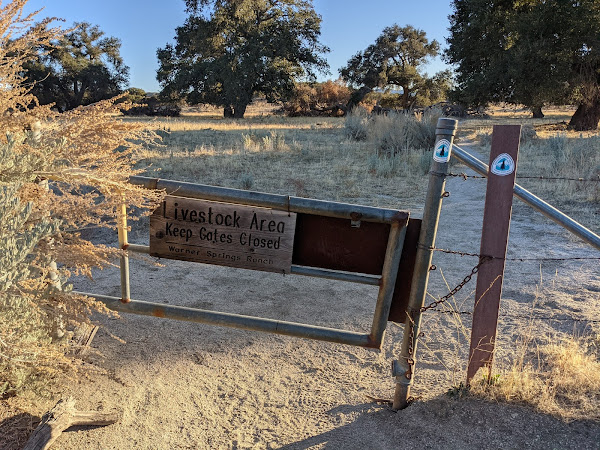 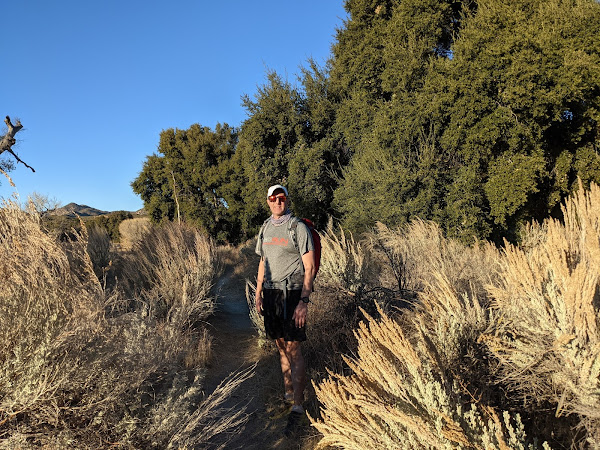 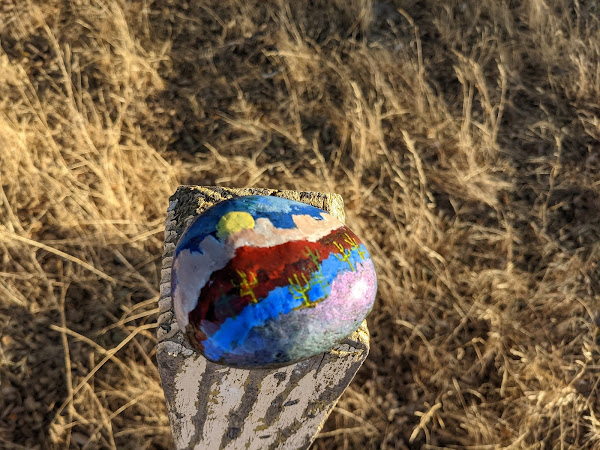 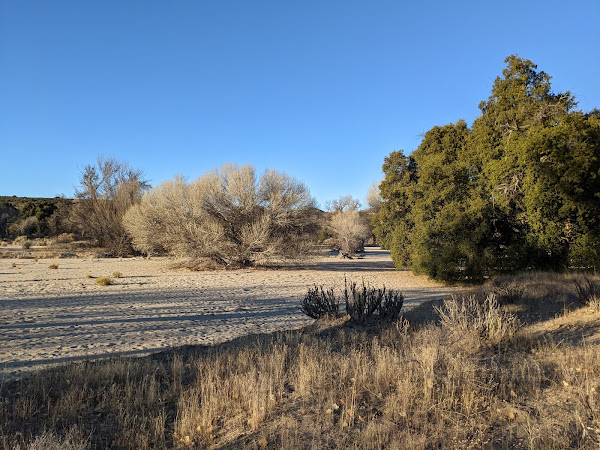 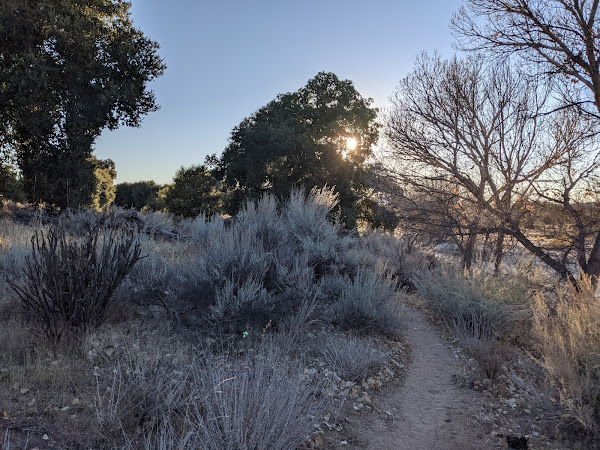 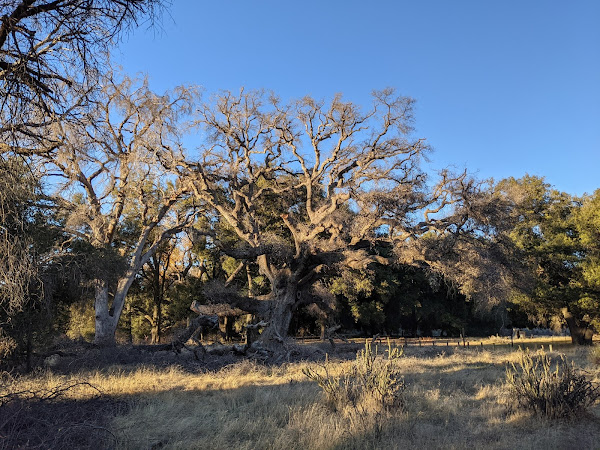 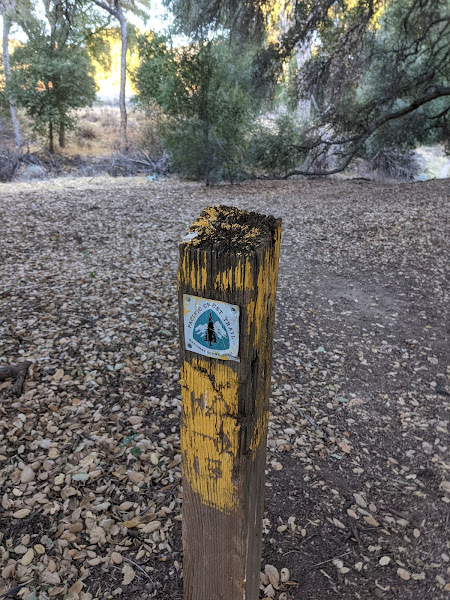 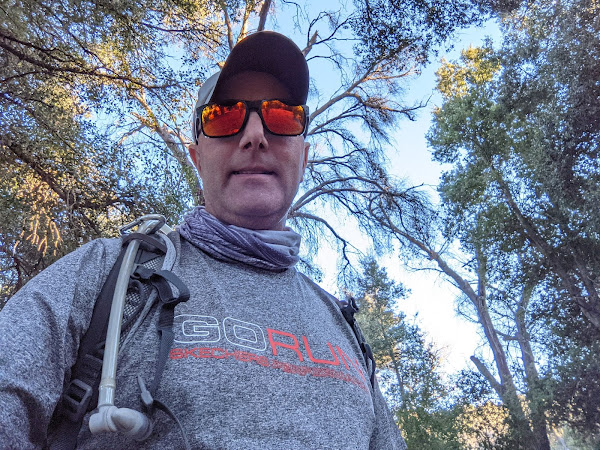 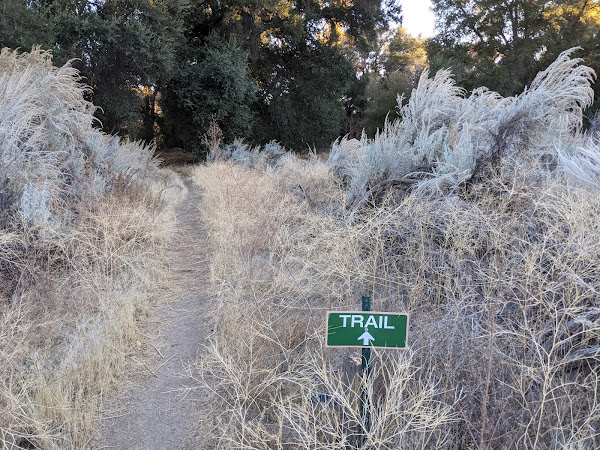 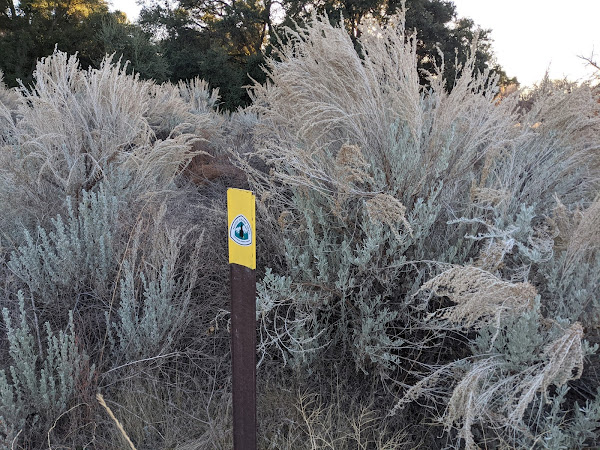 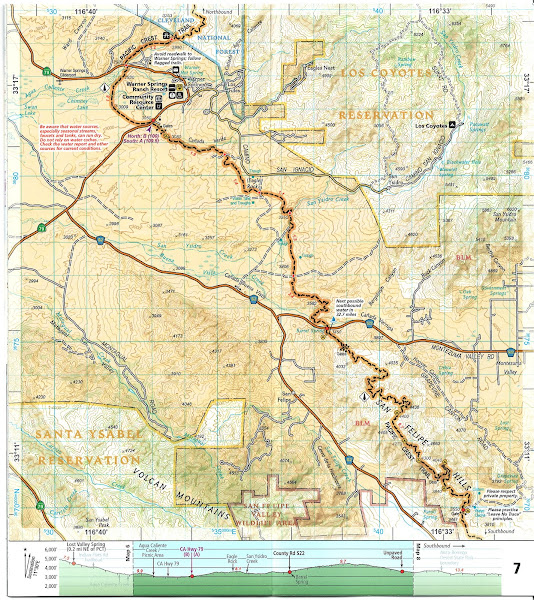 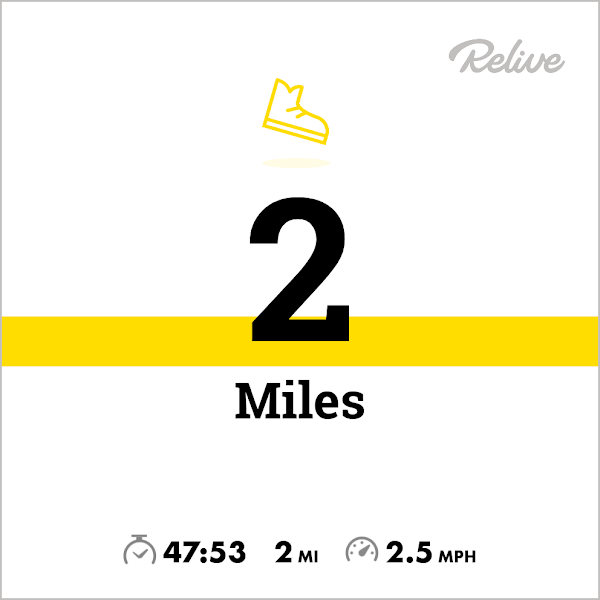