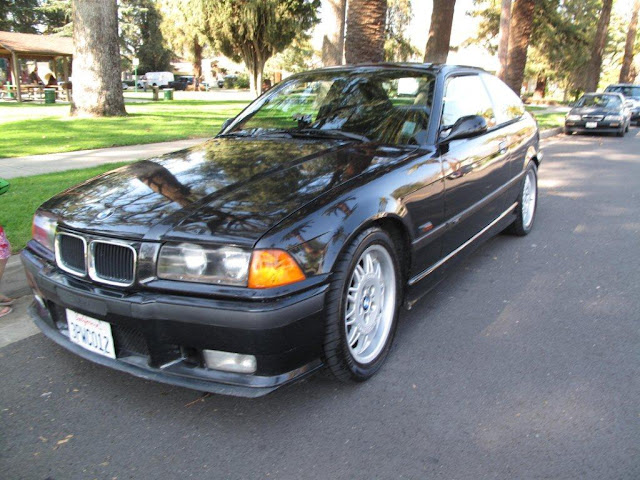 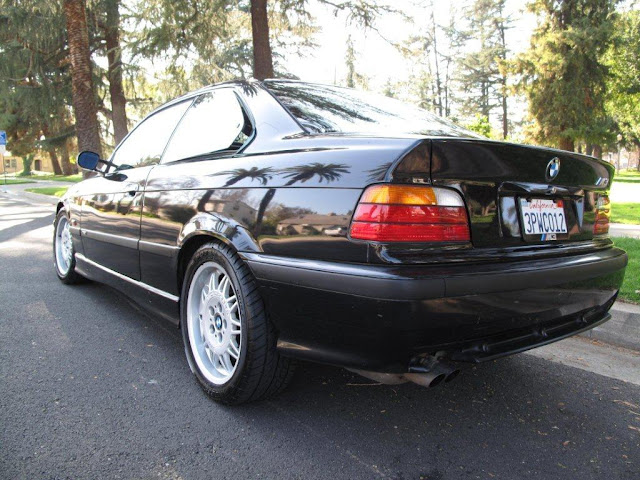 Email ThisBlogThis!Share to TwitterShare to FacebookShare to Pinterest
Labels: Auto 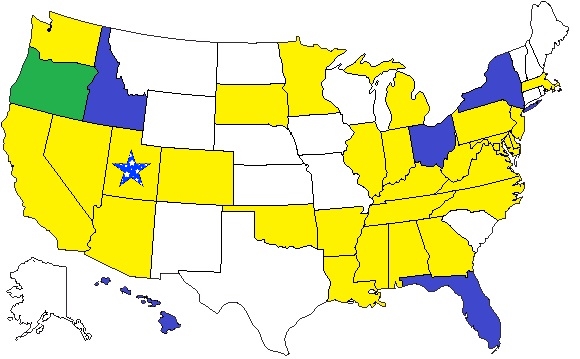 There are so many great things about this marathon adventure I hardly know what to write about first.  Besides the marathon itself being fantastic and if you know me I like to see what else I can squeeze into a marathon weekend this was certainly a full weekend adventure at certainly fits into my appetite to "gulp".

I must be honest and disclose that I'm actually writing this marathon recap 10 years after I ran the marathon.  Usually the first place I search is my email sent folder to see if I would have written anything and shared with any of my marathons friends.    I found  a couple emails catching up with friends and sharing what I've been up to but not much detail of the race.   I would have to piece my experience back together by looking at photos and digging deep in the back of my brain for what I remember.

I had traveled with a friend of mine Brian and it occurred me that if I gave him a shout he might be able to help me remember some of the details.   The conversation was quite comical because as he share with me what he remembered nothing he shared with me clicked.   Starting out he said with absolute certainty that we drove 1,001 miles to the start line.  I thought that that seemed a little far, so I asked him if that was round trip, but he said no that was just one way.   I know it was a long drive but I think I would have flown if it was that far, but I just let him continue.  I was 41 when I ran St. George so now 51 and thinking to myself am I really getting so old as I didn't recognize a single story he shared.   I let him roll as I stood there in puzzlement until he said we each got a 10 pound bag of potatoes at the finish line.   I was having serious doubts of my memory, however, a big bag of potatoes I would have thought I would have remembered.   This is when I realized he was actually thinking of a marathon he drove to with another friend all the way to Idaho which explains both the long distance, all the other inconsistencies, and of course the bag of potatoes.

Two of my best friends ran St. George Marathon, John in 2001 and Mary in 2004.  They both praised this race so I had know for 10 years when I finally made it to Utah that St. George was going to be my marathon.  Besides, one of my marathon bibles showed St. George as a fast downhill course so I thought it might be an easier course.   Now living in Los Angeles it was accessible by car and 370 miles away (not 1,001!) or just 2 hours past Las Vegas.   St. George makes the perfect marathon weekend road trip, especially when your friend likes to gamble as the route passes directly thru Las Vegas in both directions.

While most marathons are Sunday races, right in the heart of Mormon country, this is a Saturday race.  In order to drive we would have to leave Thursday in which we made it to Vegas the first night.   My good friend Greg has probably recently visited Zion National Park and talked about a famous trail called Angels Landing.  We figured Zion is only about an hour outside of St. George so it might just be possible to stop by the marathon expo on Friday and then continue on to Zion for the afternoon/evening to hike this trail.  I would then run the marathon on Saturday morning and then afterward we would head back to Vegas for a Saturday night and then return back to Los Angeles on Sunday.   Sounds like the perfect plan, right?

The last marathon I broke 4 hours was the Boston Marathon way back 3 and a half years ago in 2006.  This was a strange couple of years in my marathon history.   I had been busy because after Boston later that summer I was an Ironman Triathlon finisher  in Coeur d'Alene.   2007 I moved to Los Angeles and in 23 years this was the only year I wasn't able to run a marathon since I started my 50 state quest.   I came back the beginning of 2008 an ran Mississippi Blues marathon 20 minutes slower followed by also competing in 2008 in Hawaii for the Ironman World Championship.

I started to improve my fitness in 2008 training for Kona and I continued in 2009 by doing a couple other fun activities.  Perhaps not your ideal marathon training plan, however, I'm a big fan of cross training so these two activities played perfect into my training.   First, the middle of August  I spent a week cycling in Colorado.  I was at my best adult weight of 164 lbs.   The high altitude cycling was a heart burning and leg searing torture.   I followed a couple weeks later by climbing Mt. Whitney over two days the first week of September, which gave me only 1 month to switch to marathon training.

Thursday, two days before race day, mid afternoon with Brian and I headed toward Vegas.   My only friend I can call with a couple days notice and say, "Hey, I'm passing through Vegas, you get 2 nights there, free hotel, free gas, wanna come". 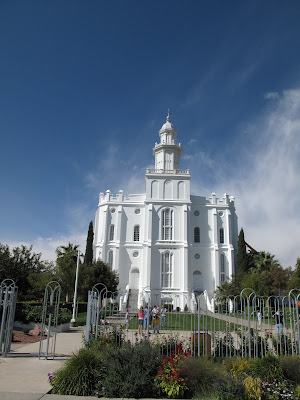 We spent Thursday night in Vegas, had dinner at Paris buffet, took in a show, and in bed by midnight.  Friday a.m. drove to St. George and did the expo, and were surprised only 37 miles to Zion, so we bolted and made it to the National Park mid afternoon. 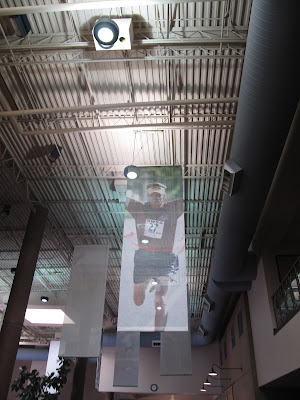 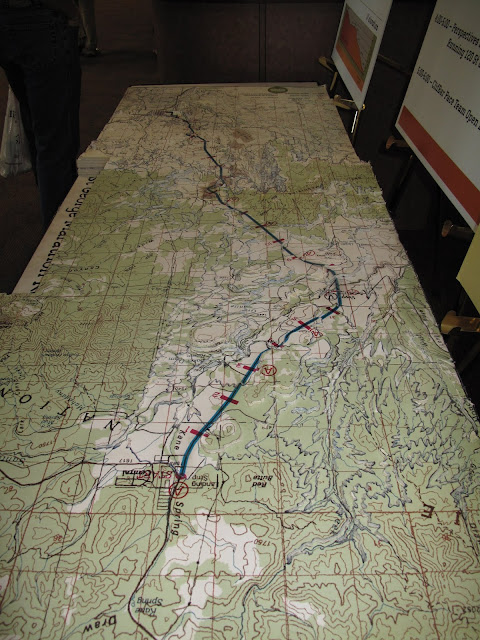 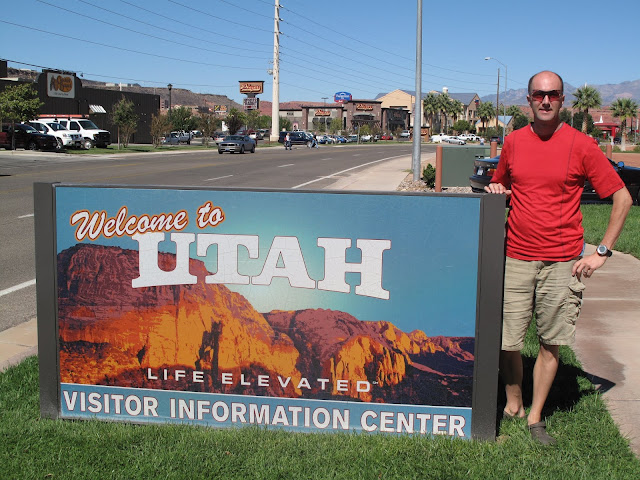 We hiked the Angels Landing trail that Greg told us about before joining us at Whitney.  The description is 5 miles, 4-5 hours round trip, and classified extremely strenuous, with 1,400 feet vertical and signs extreme danger of falls on the exposed cliffs.  Perfect hike the day before a marathon!  (kidding)  We made it to the summit in 1:06 minutes, 6 minutes slower than Greg did last month, but broke for many pics, snacks, and bathroom.  After a nice dinner near the National Park entrance we ventured back to St. George, and in bed later than I would have liked!   Note, if you are thinking about running a PR, probably not the best idea to do a hike like this the day before a marathon.  On the contrary, trying to do this after the marathon would have been impossible!
Zion National Park Blog 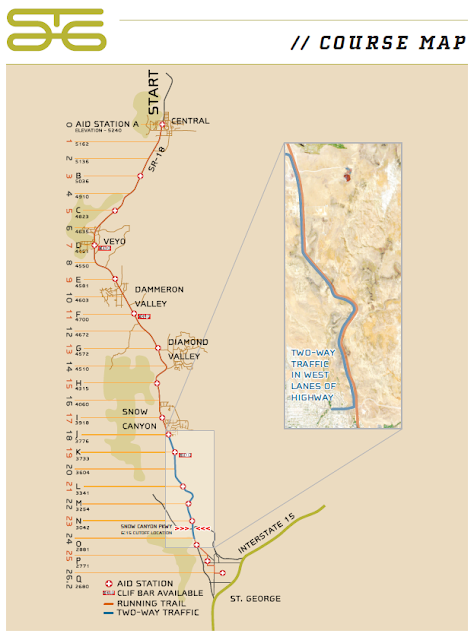 St. George is a point to point marathon, so a wave of school buses line up and take the runners to the marathon start.  Wake up call 3:30 mountain time (2:30 pst, ugh).  Brian dropped me off at bus shuttle to start in the dark.  The course is supposed to be downhill and fast.   The buses chugged up a highway up to an elevation of 5,240 ft.   (the finish line plummets all the way down to 2,680ft.)   5,000 feet in October makes for a cold morning and marathon start, however, the joys of this race include a long series of bon-fires that are raging to keep the runners warm until the buses can bring all the runners to the start line.
Fires were loads of fun, had one LDS guy at my first fire that tried to convert me!  Fire was great, but soon started to die down, so I would move onto the next fire which was started a few minutes later and which was producing more heat than the one that was dwindling out.    While tired from lack of sleep and a little cold, I tried my best to relax until till race start. 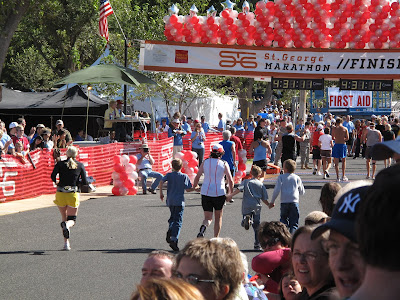 As the gun was fired to start the race at 6:45, I started off slow with strategy to taper from there!  Ok, really felt great all morning.  I never pushed hard until mile 23 and I realized I might be able to break 3:50.  I finished 3:49!   While the course is mostly downhill, there are a few sections that climb back up as well as rolling hills that were all challenging.   Not to mention the thin air, but time in Colorado as well as Mt. Whitney were paying off and the lungs and legs felt pretty good all day. 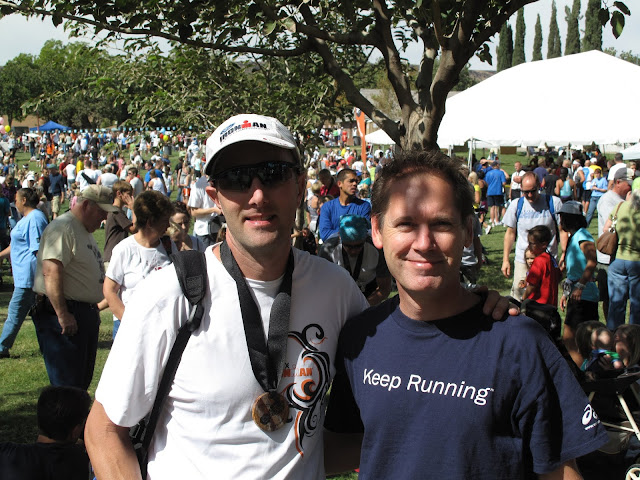 Another great part of the trip was the E. Veterans Memorial Highway between the Arizona border and St. George where you pass through a notch and the scenery is just marvelous.  We took my BMW M3 which tore thru this pass like it was on rails!   Much thanks for Brian driving back after the race. 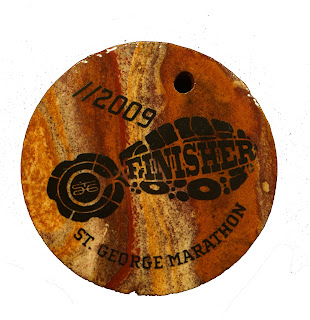 Saturday night back to Vegas we checked into Terrible's Hotel & Casino for another night out with Brian.  We had a great dinner at his favorite Italian restaurant and he played Texas holdem until another show we got tickets for at 10:30.  Afterward he went out and I went to bed!  Came home Sunday morning to see the girls, back by noon! 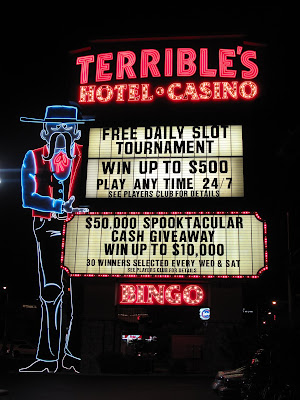 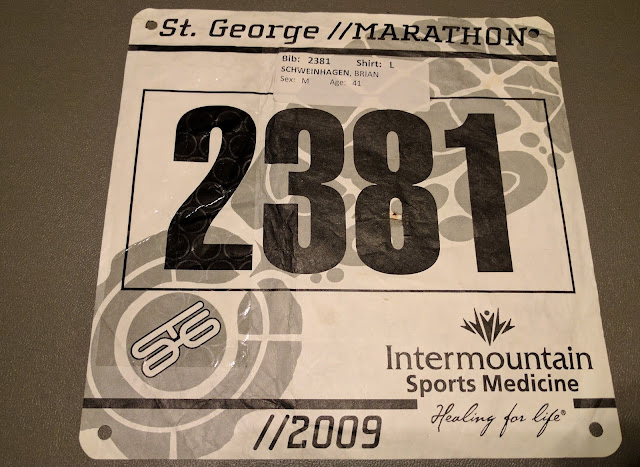 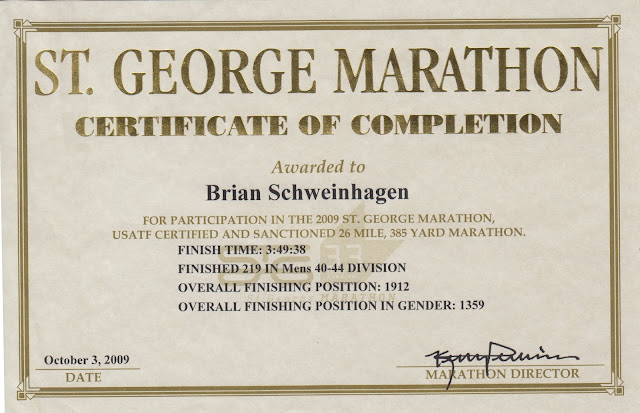 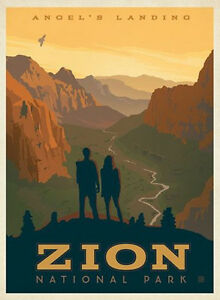