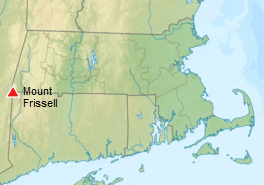 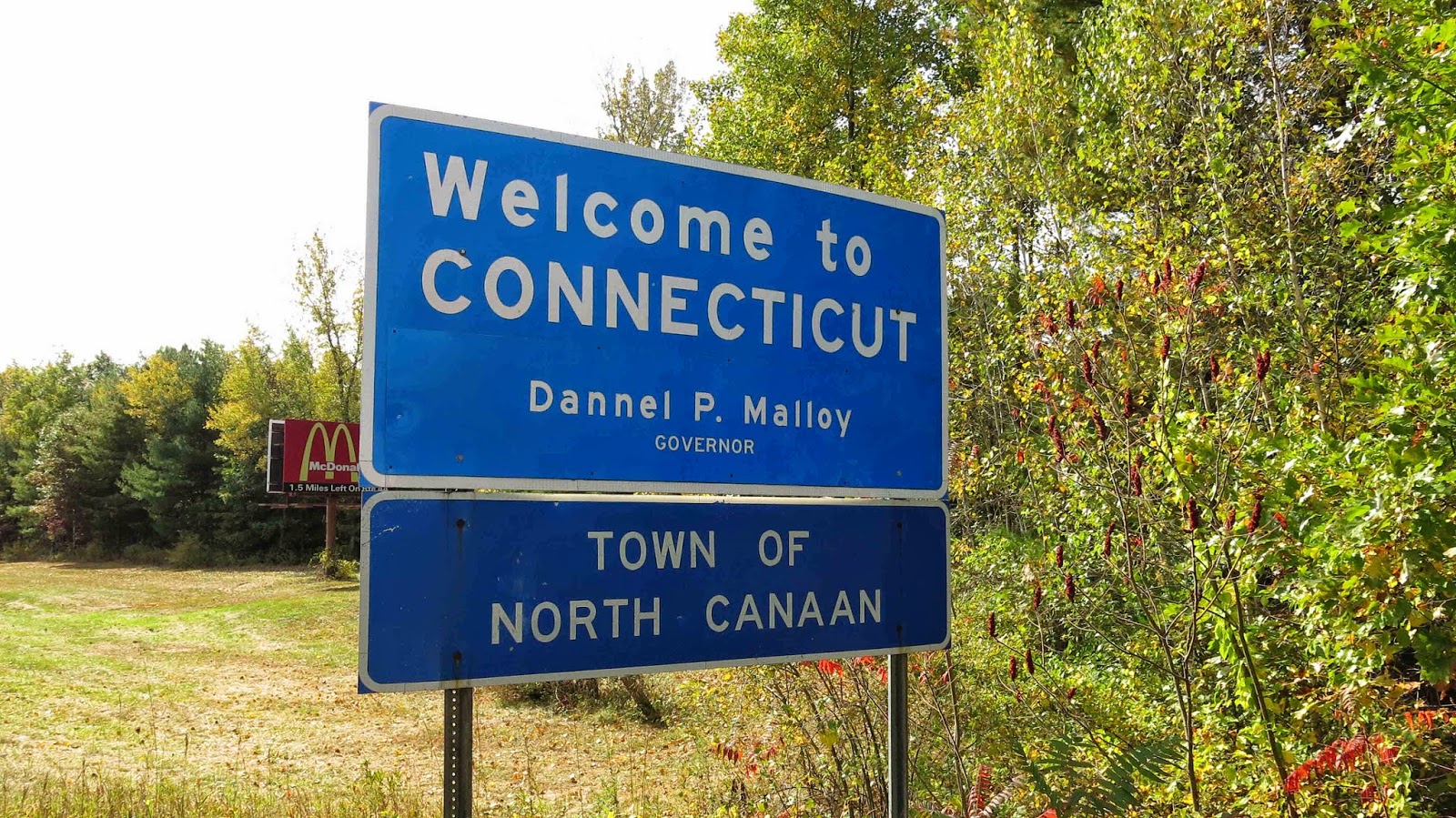 This takes us to our 2nd adventure of the day tracking down Connecticut’s highpoint.   It’s interesting that throughout the weekend we would use about every resource at our disposal for directions and navigation.   George had picked up a map of the areas we would be traveling from AAA, so sometimes we went old school and actually used the printed map.  Other times we used our mobile Google maps and when we lost coverage even our dashboard mounted Garmin GPS was our last resort.  Of course there is my trusty little highpoint guide with road turns and coordinates.

Mapping out our route through unknown territory we stuck to the highpoint guide and headed towards Salsbury, CT which was only about 60 miles away and with back roads at least 1.5 hour drive to our destination.    This portion of the drive took us through the highland area of Massachusetts and Connecticut knowns as “The Berkshires”.   It’s a lovely area and a conglomeration of a bunch of small mountain towns.   What was immediately apparent with all the small towns is that there were very few if any “chain” shopping center or restaurants, everything we saw were local businesses.

Mount Frissell wasn’t going to be as easy as a drive up , there would be a round trip 2.4 mile hike to the summit, so we thought it would be best if we stopped somewhere for an early lunch.   We found a little deli right off of Route 7 that fulfilled all our needs.   A carryout in half of the restaurant so we could pick up some snacks and fluids for the road.  After all I was running a marathon the next morning so time to start hydrating.    The deli made fresh sandwiches from scratch with choice of toppings and bread, delicious. 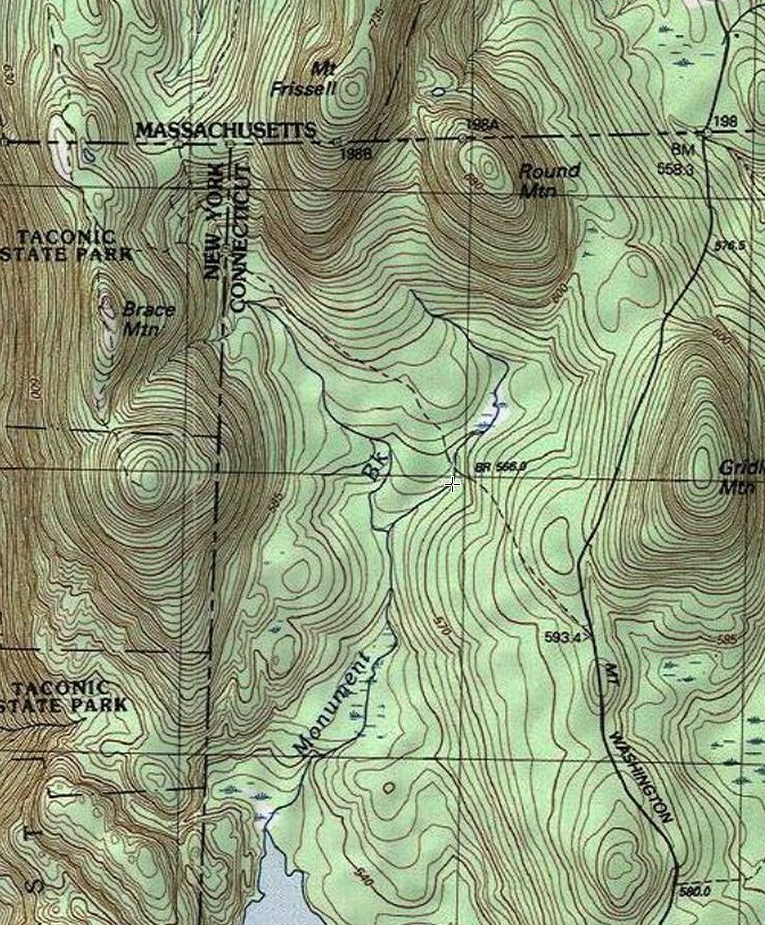 Back on the road again and following our guide book we soon crossed the border in to Connecticut where our high point is located in the very NE corner of the state.    Where we didn’t need a guide book to find Mt. Greylock with it’s giant memorial on top, Mt. Frissell would have been nearly impossible to find without very detailed directions.   There is literally an entire page in my guide just getting to the trail head as well as 2-3 more pages describing the trail once the hike begins.   Amazingly we didn’t get lost and followed all the marking we had been looking for following the directions to the T.    Over the hills and through the woods would be a great description of what we were doing Friday afternoon! 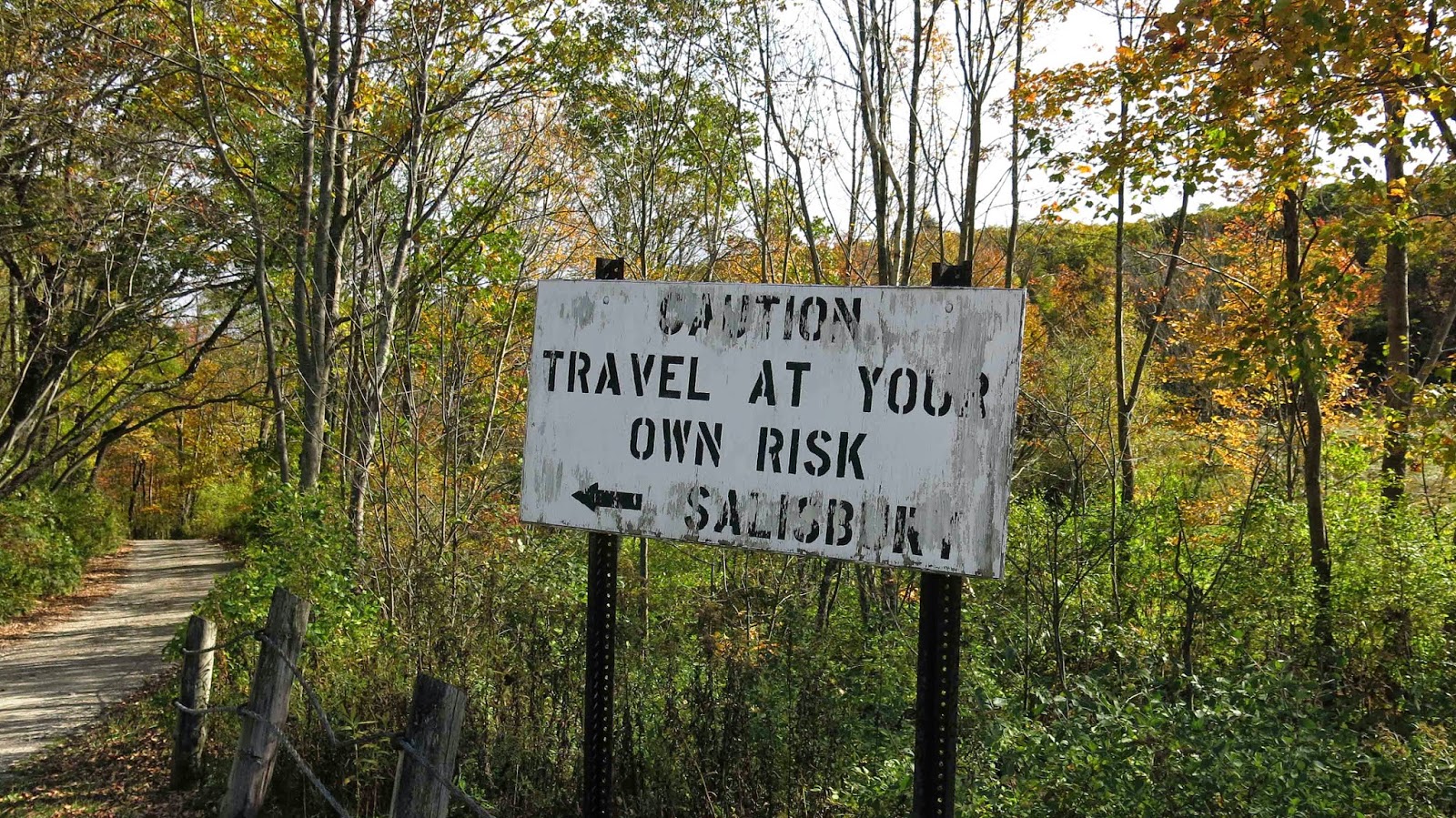 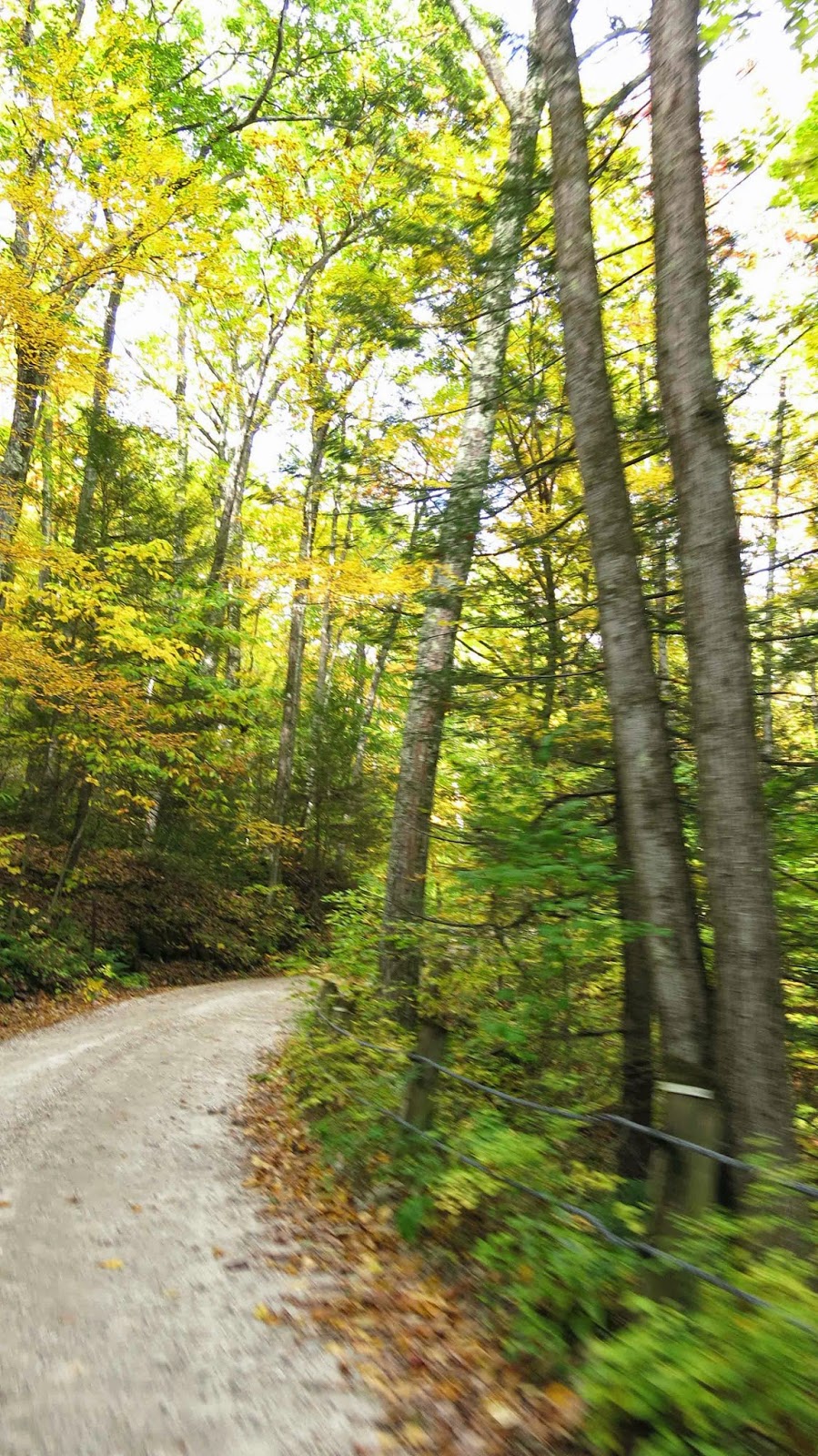 The route to the trail head involved back road private dirt roads which lead us eventually back to the state line.   I was surprised to find a state marker in the middle of nowhere, but there it was and our clue that we’ve reached our parking location.   Again a contrast to Mt. Greylock, there were many cars traveling up to the summit, parked in the visitor’s parking lot as well as returning down from the summit.   Not so much in on the way to Mt. Frissell, we saw only a single vehicle on the back road which appeared like a local and not a tourist like ourselves. 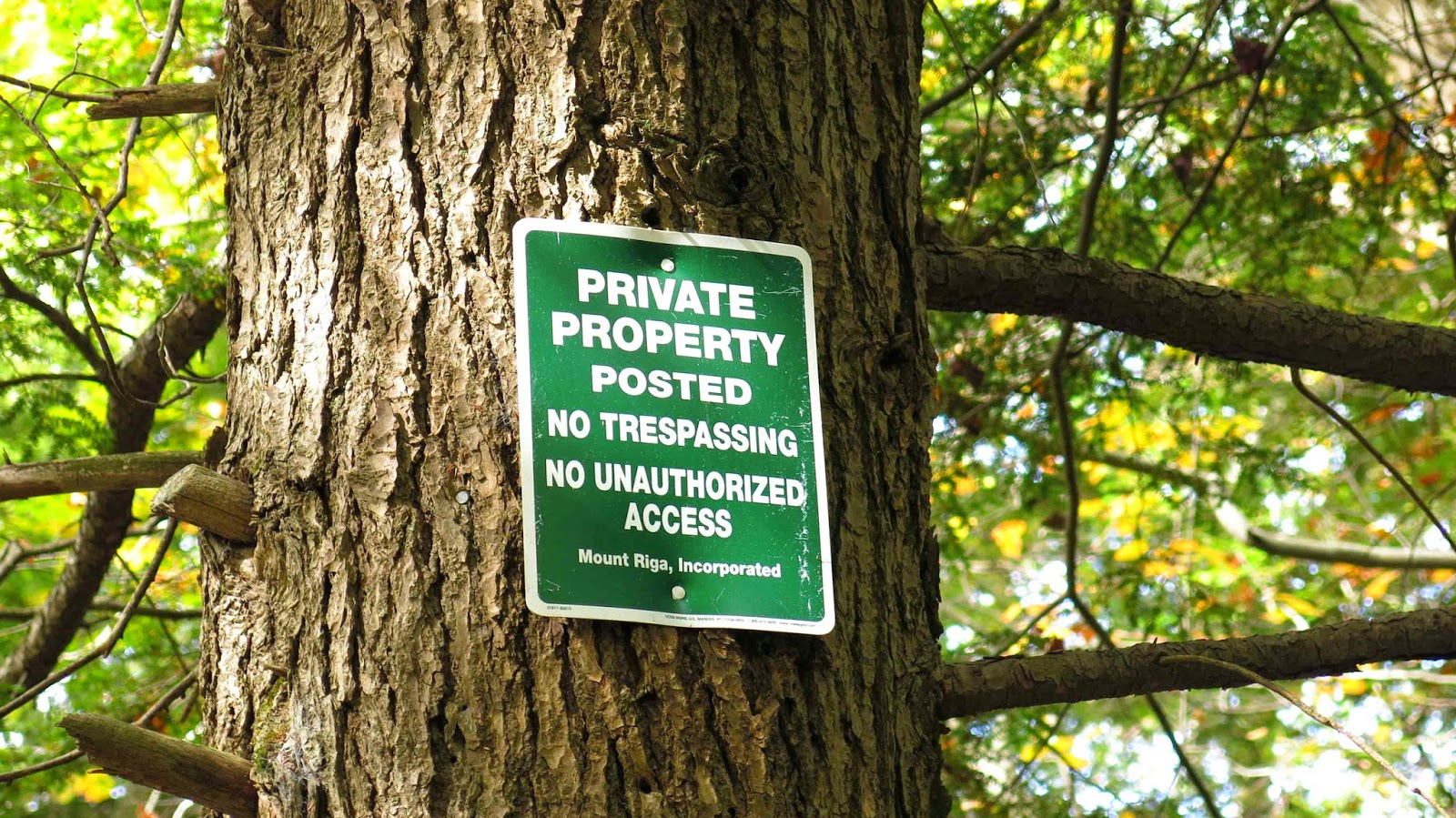 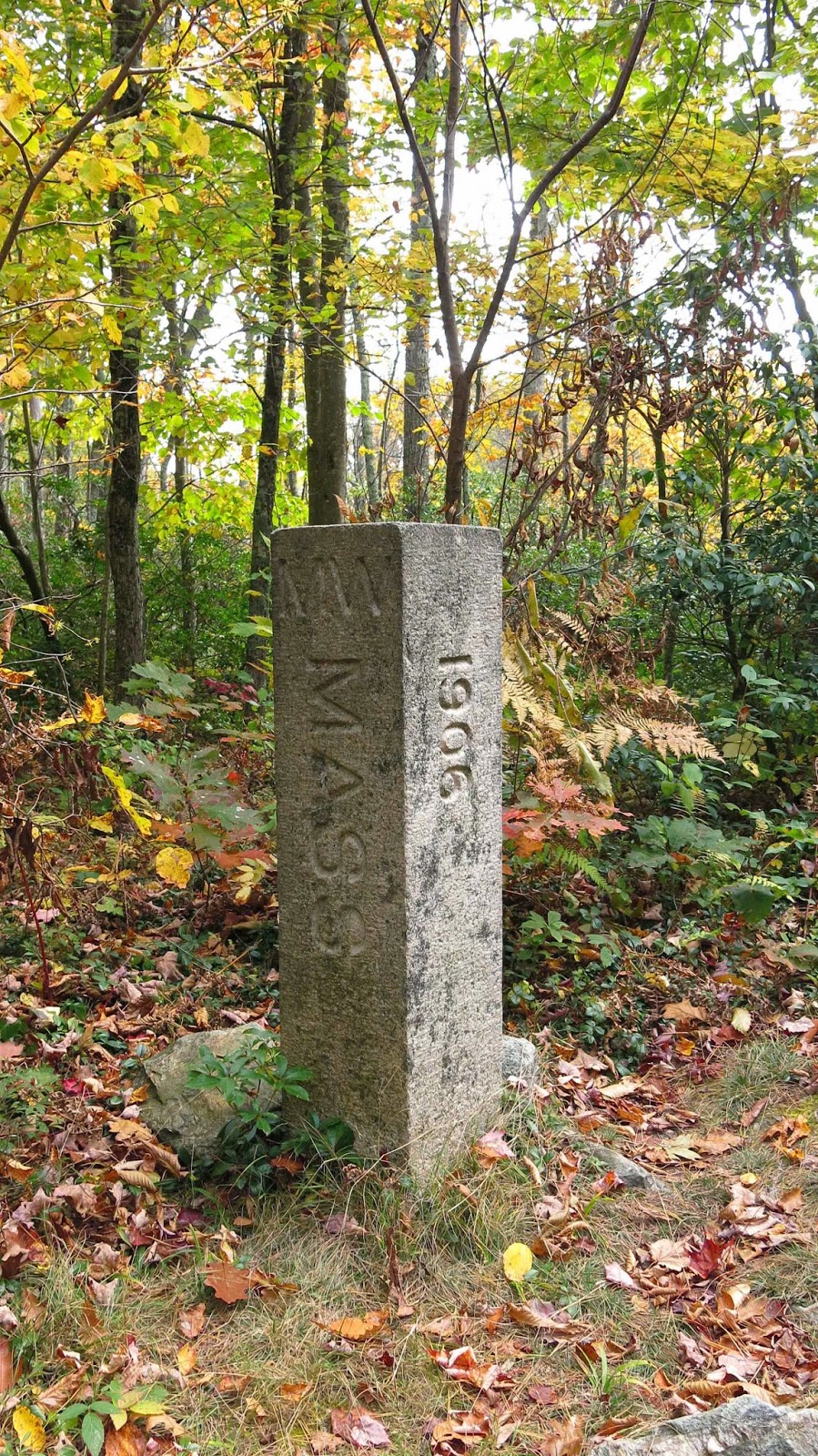 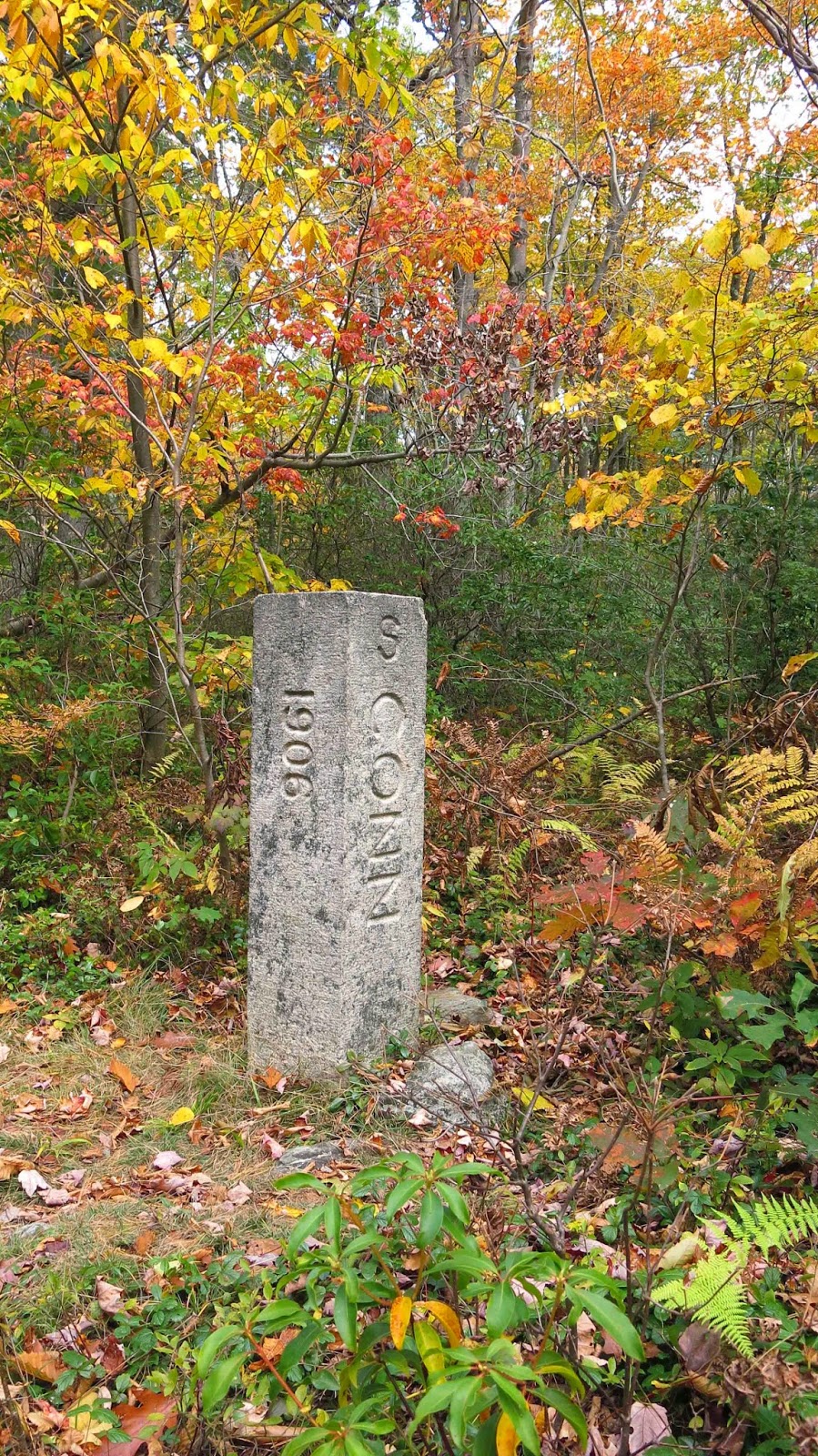 We pulled over and parked in a small dirt pullout and once again referred to our guide to find directions to where the actual trailhead was located.   There was one other car parked in this area so we figured we must have found the right spot.   As we began I loaded up a feather light back pack with bare essentials such as snacks, water, camera and a light jacket.     I thought we would have the mountain all to ourselves, well at least except for the one car we saw, since it’s an out and back hike I figured we would run into another group.   To our surprise the first two hikers coming down from the summit we crossed path with in our first 10 minutes on the trail.  Ends up they had ridden their road bikes up the dirt road, hid them in the bushes somewhere (we didn’t see them) and hiked up to the summit.   The road was hardly suitable for road tires and they agreed they wouldn’t have done it again without a mountain bike. 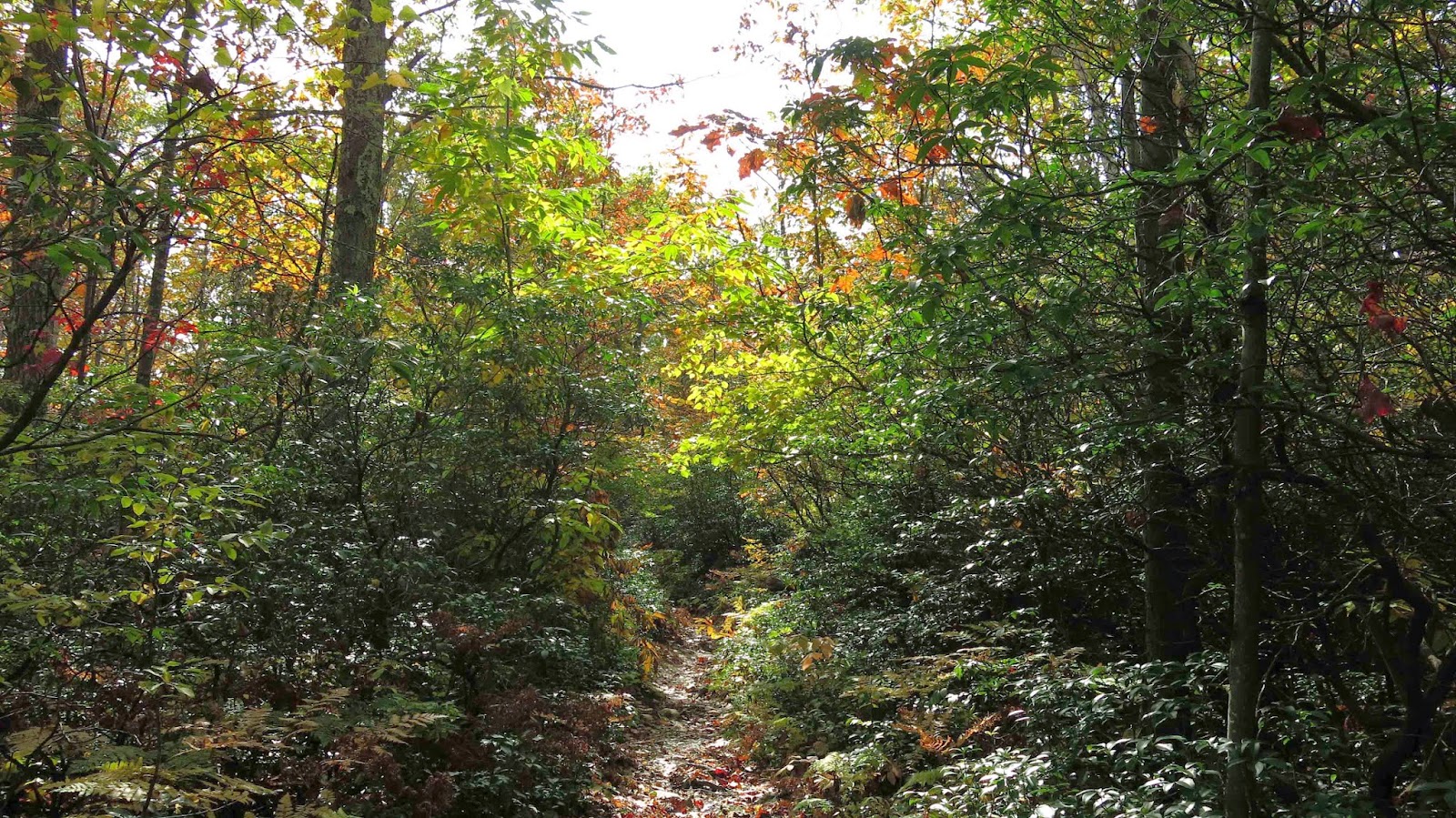 The 1.2 mile hike to the summit gains 1,000ft so it’s actually pretty steep in sections.  Our first section of rocks we had to negotiate we ran into the couple that had the other car, said a few pleasantries, and continued our march onward.  Now we really would have the mountain to ourselves and didn’t expect to see another the rest of the climb/hike.

The first steep climb actually goes to the summit of Round Mountain (2,296) where we were greeted with several cairns and some great views from it’s summit.    Round Mountain is located between Connecticut highest mountain summit (Bear Mountain 2,316) and the highest point in Connecticut.  What’s interesting is that the highest point in Connecticut isn’t a mountain summit because the top of Mt. Frissell is actually in Massachusetts.     We sort of learned this along the hike! 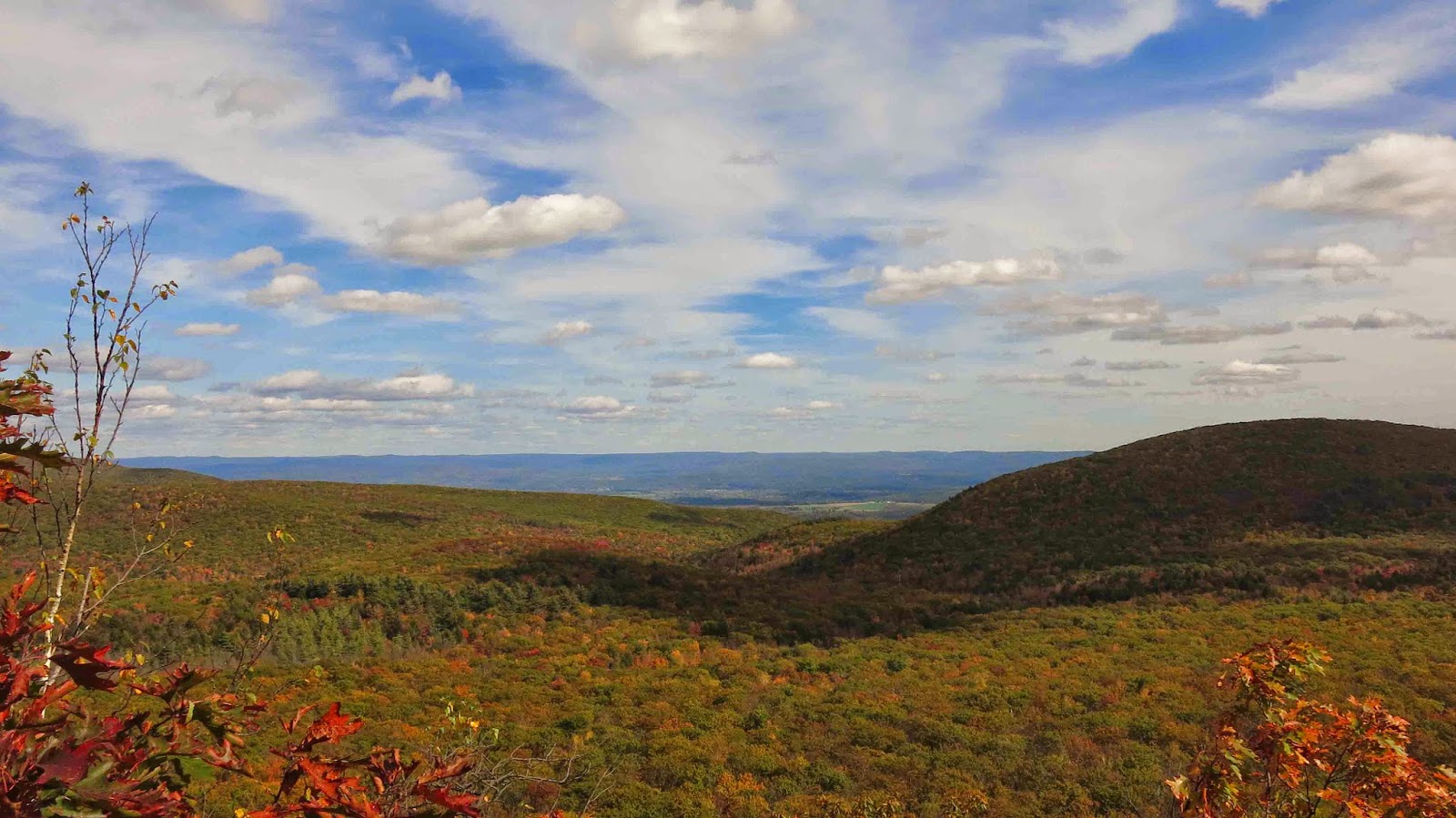 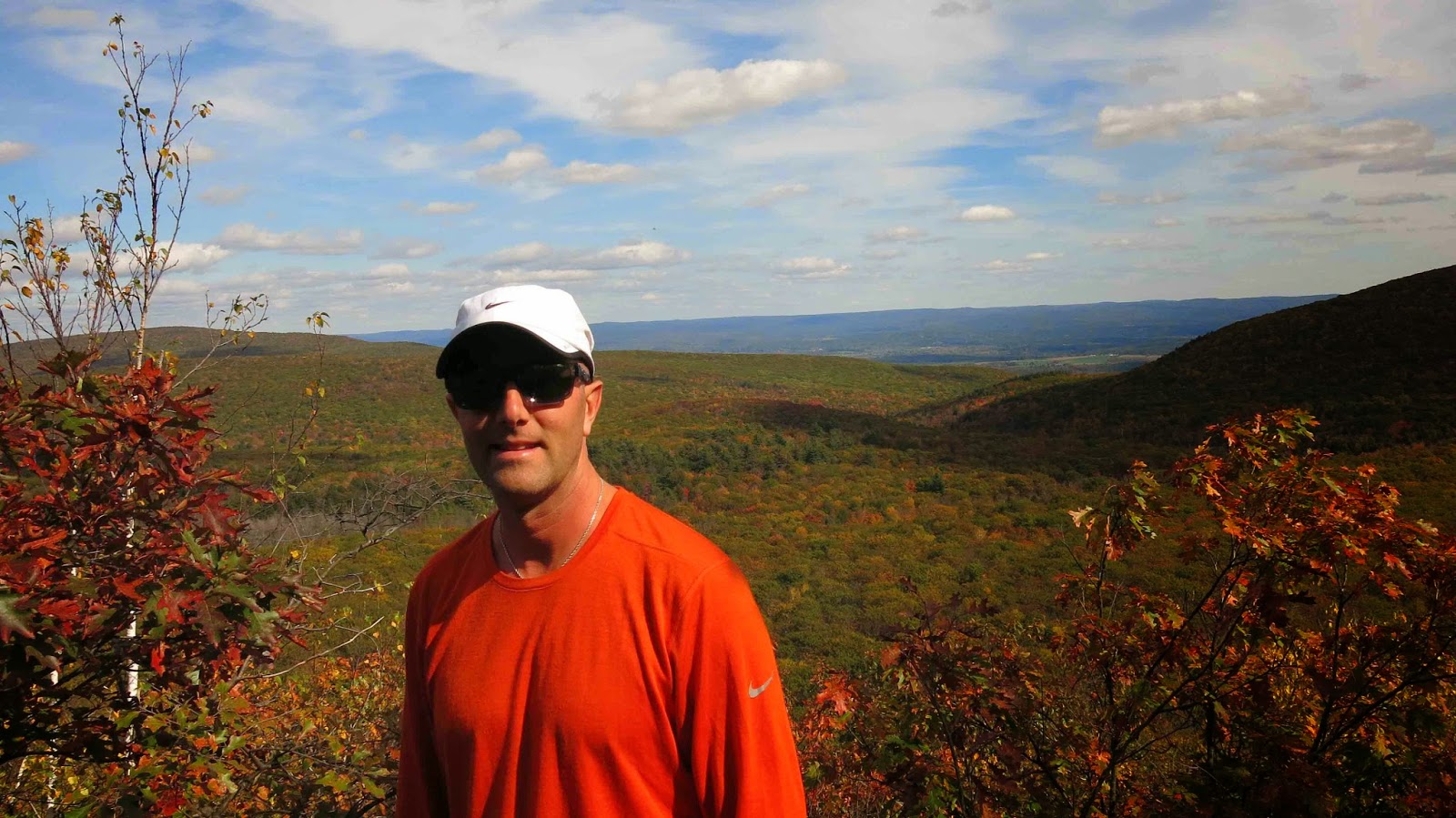 From the top of Round Mountain we actually had to descend Round Mountain to where it meets Mount Frissell and hiked up toward the summit.    Just below the summit of Mount Frissell again the trail was quite steep and we had to scramble towards the summit.   Just before the summit the trail splits, I assume right was the way to the very top of Mt. Frissell, but here is where we turned left and the trail again drops down the south side of the mountain to the actual high point of Connecticut where another big pile of rocks marks our destination and state high point. 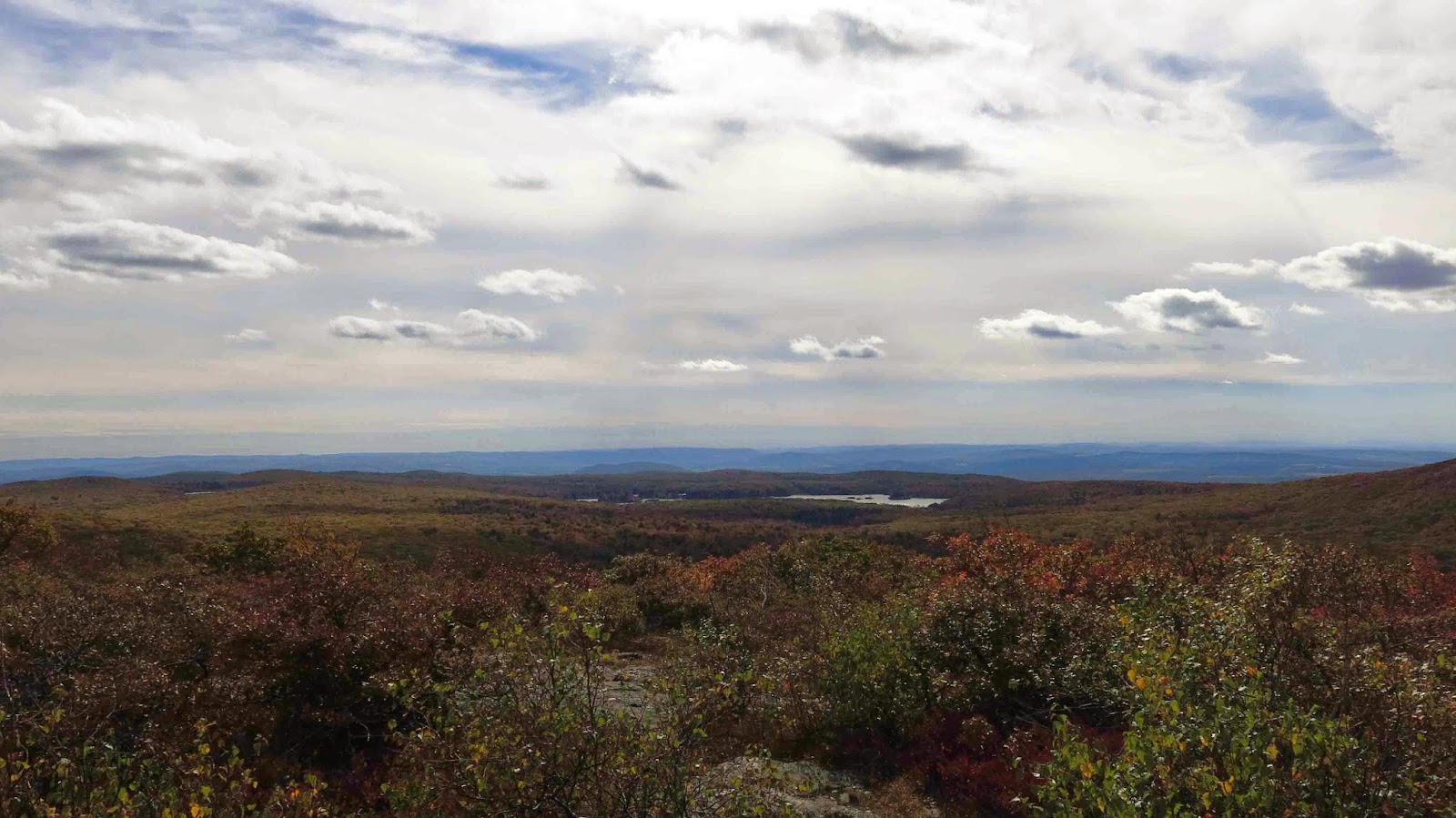 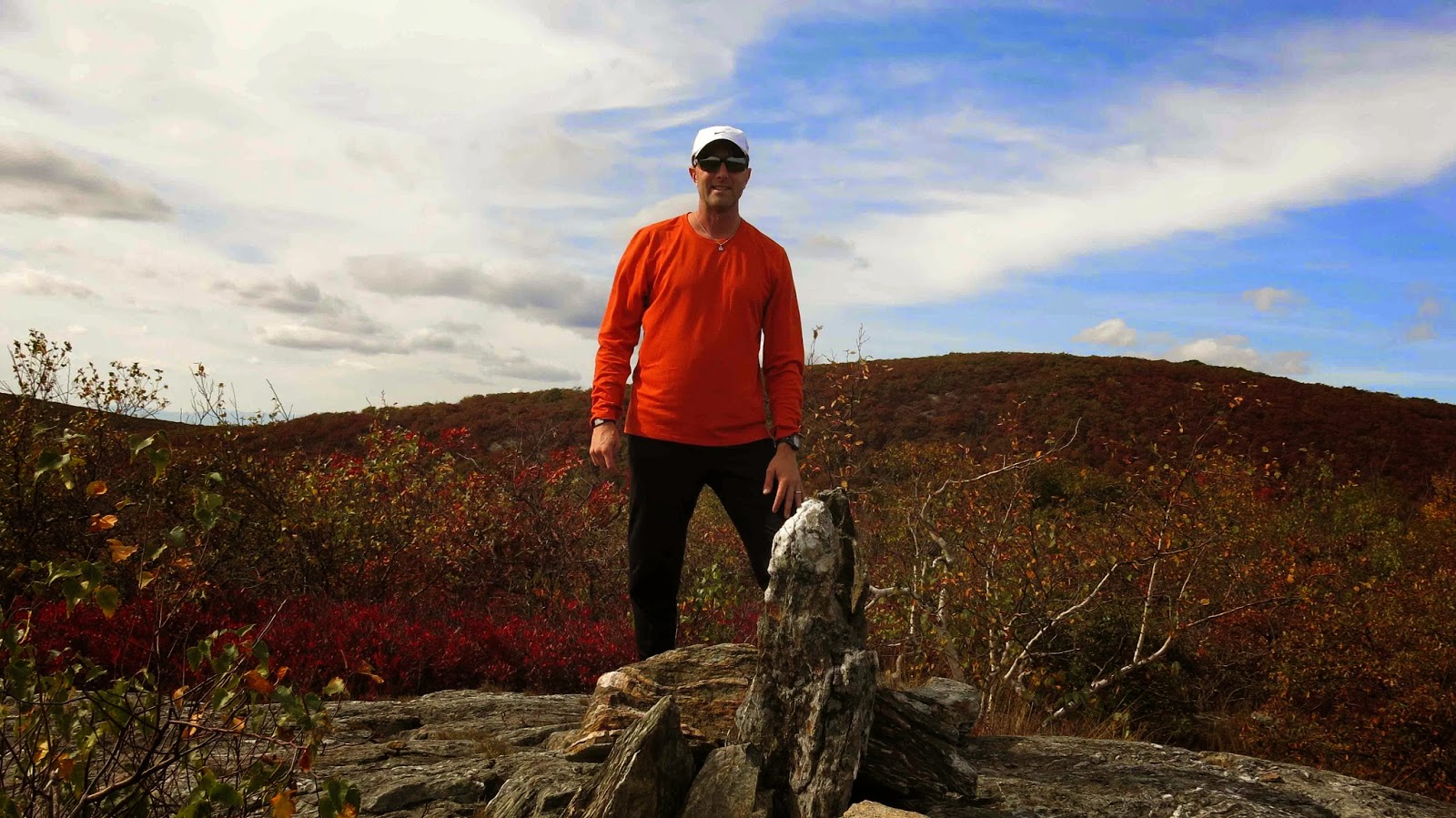 A few celebratory photos and then hike back up again to the top of Mount Frissell.  This is where we noticed we again were sharing our mountain summits.   Another two hikers were standing on Round Mountain peering up at us.   We again hiked down Mount Frissell and again back up Round Mountain backtracking our path to our parked vehicle.    Only a couple hour hike but well rewarding and tons of fun.  Apparently winter can get windy and pretty treacherous, but our autumn day with a few clouds over head couldn’t have been any more perfect. 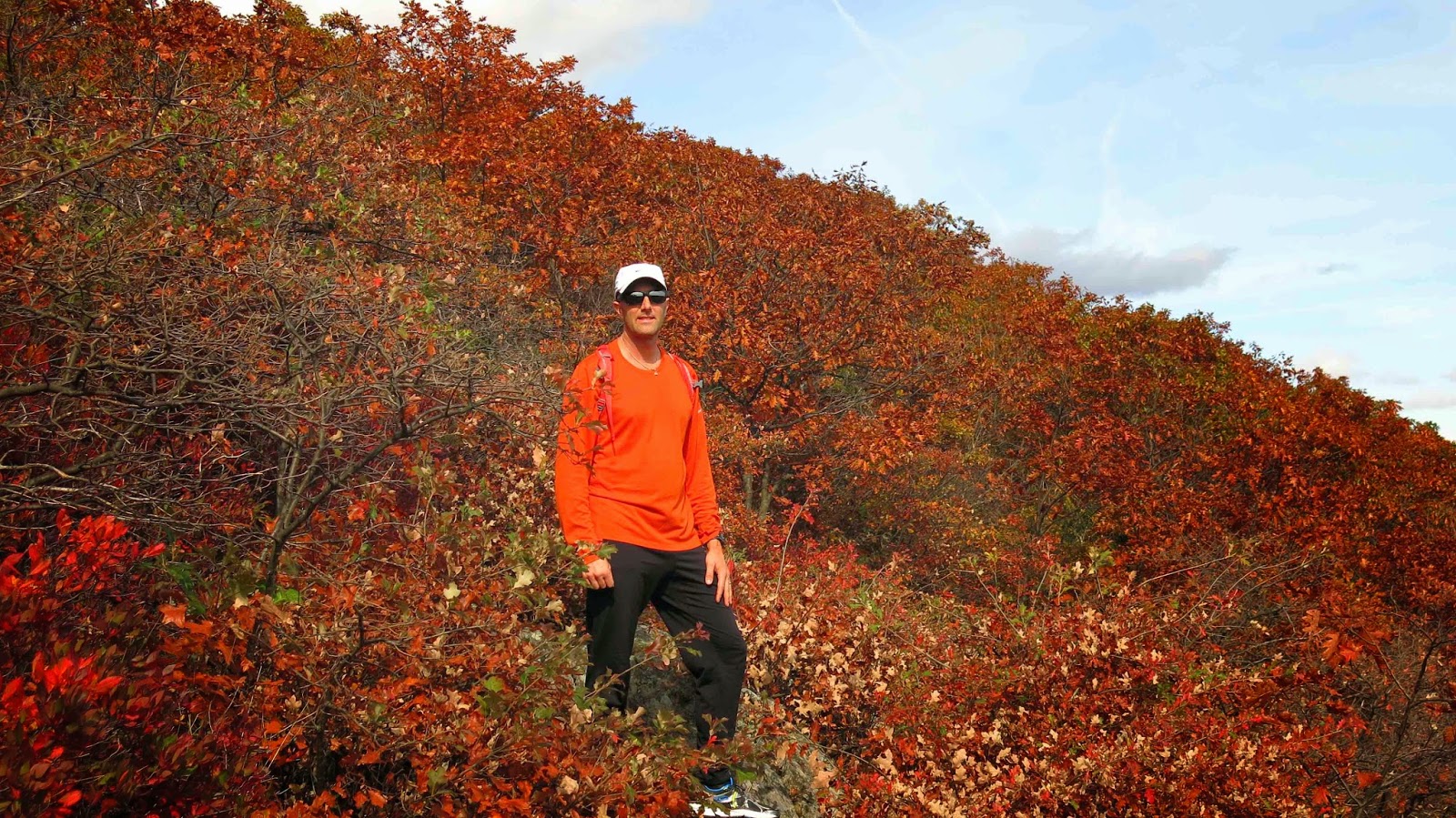 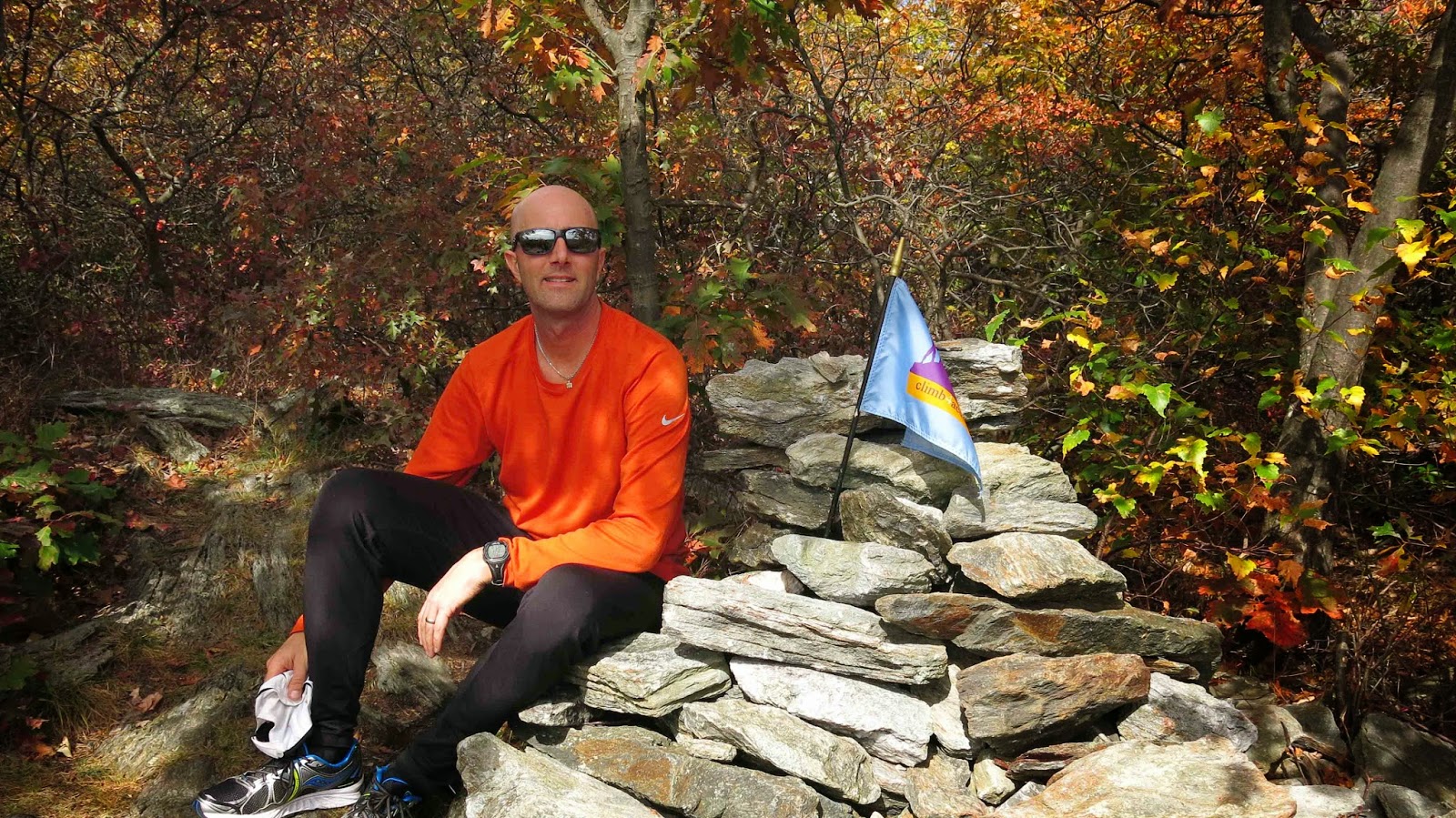 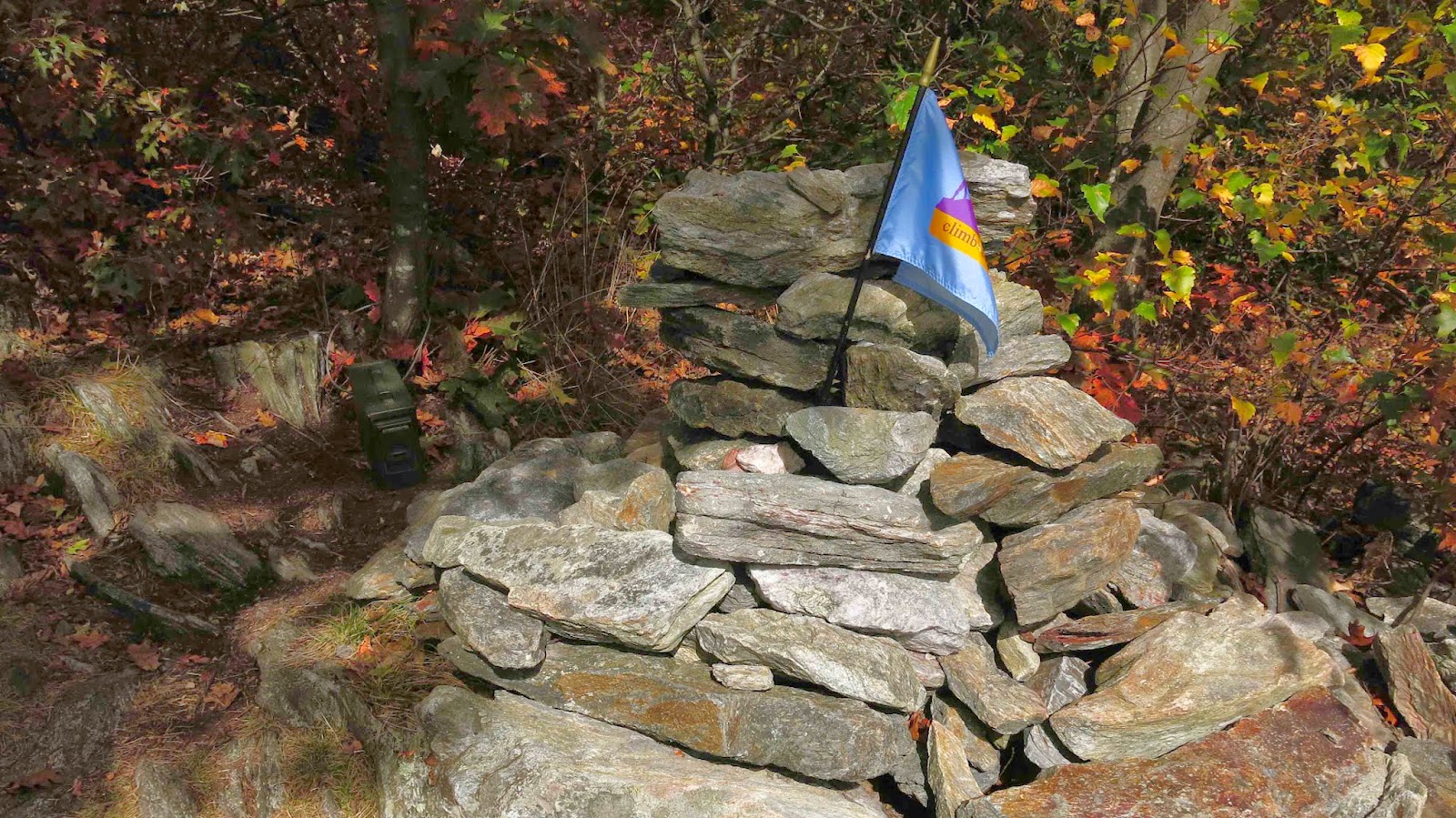 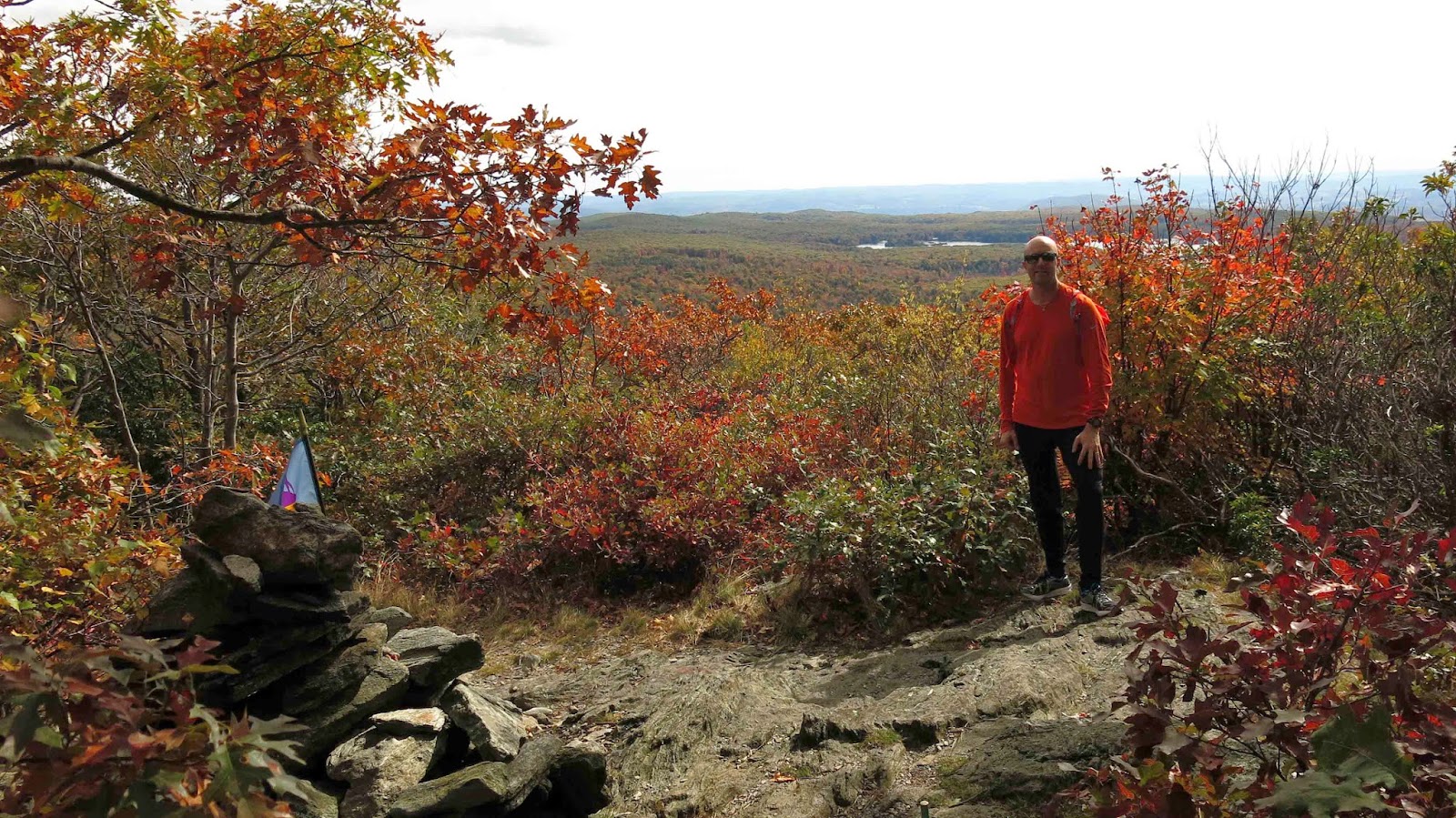 Now just to retrace the dirt road back into Salisbury and then make our way to the Hartford Marathon Expo.   There are no expressways so again plugged in coordinates to the expo into the GPS and followed the old state route on a direct path all the way to Hartford again another 60 miles on a busy Friday afternoon.  The road didn’t allow any passing so we just sat back and again enjoyed the views and the small towns we passed through.

Next onto Hartford, CT for a Marathon!
Posted by Brian at 11:42 PM